Republicans Square Off in 9th Debate

Saturday night’s presidential debate started with Republicans urging President Barack Obama not to nominate a successor to Justice Antonin Scalia, whose death was announced hours before the White House hopefuls took the stage.

If Obama does go forward—as expected—then it’s up to the Senate to stand in his way, they said.

“We should not allow a Judge to be appointed during his time,” retired neurosurgeon Ben Carson said.

Added Ohio Gov. John Kasich: “I think we ought to let the next President decide.”

It’s telling that the White House contenders are urging a Washington stalemate. Even as voters are looking at outsiders like Trump and Carson as an antidote for such gridlock, these candidates are actually advocating for more of it.

The Constitution gives the President—any President—the ability to nominate Supreme Court federal judges, but also allows the Senate to weigh in on the picks. Obama, just minutes before his potential successors started their debate, said he would be sending the Senate a nominee.

Not so fast, the Republicans said. But in doing so, they got their facts a bit mangled.

“It’s been over 80 years since a lame-duck President has appointed a Supreme Court Justice,” Sen. Marco Rubio of Florida said.

“We have 80 years of precedent,” Sen. Ted Cruz of Texas joined in.

Scalia, however, was a 1986 nominee of President Ronald Reagan, who was in his second term. Justice Anthony Kennedy, too, was a second-term appointee who won Senate confirmation in 1988, an election year.

It’s a minor thing, but it telegraphs how these candidates will be addressing judges in this week ahead of the Feb. 20 South Carolina GOP primary.

“We owe it to him, & the Nation, for the Senate to ensure that the next President names his replacement,” Cruz tweeted ahead of the debate. In other words: don’t even think about it, Obama. 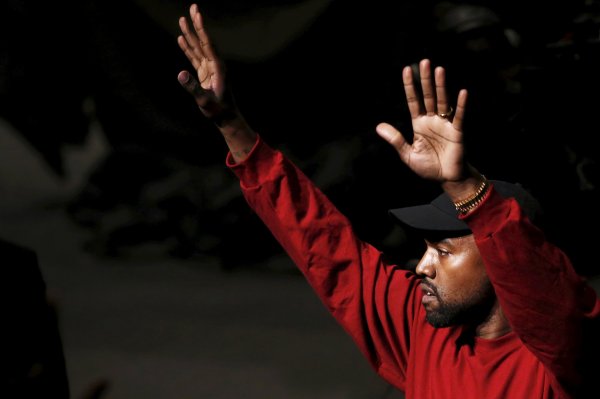 There Were More Tweets About Kanye West Than the Debate
Next Up: Editor's Pick