See How One Couple Is Fighting ALS With Love

When he was just 43, David Adox, an account planner for a creative agency, was diagnosed with amyotrophic lateral sclerosis. ALS—or Lou Gehrig’s disease, as it’s sometimes called—is a neurological disease that attacks the body’s nerves, causing weakness and disabilities. People with ALS lose the ability to move all their muscles, and many eventually need support to breathe. The disease affects more than 12,000 people in the United States, and it is always fatal.

ALS progresses quickly. Within a month of diagnosis, Adox had to use a cane to walk; weeks later, he relied on a walker, and then a wheelchair. The fast advancement of the disease is one of the most difficult parts—not just for the people who have it, but for those who love them, too.

“In some way I’ve always been a caregiver for Dave, just because I feel like spouses are often that way with each other,” says Adox’s husband Danni Michaeli, who’s a psychiatrist. “His motor functioning is profoundly impaired. But his sensory functioning is completely normal…he can feel every itch. Every itch that you cannot scratch, somebody has to do that for you.”

Adox and Michaeli, who live together in South Orange, New Jersey with their one-year-old son Orion, shared their story with photographer Abby Kraftowitz, who began filming and photographing them in 2015. “I was inspired by their capacity to celebrate life and love in the face of this disease,” Kraftowitz says. “You enter their house, and you feel it everywhere. They created that for themselves.”

Despite his illness, Adox remains positive. “Things happen in life to everybody, but you have a choice in how you want to tell the story of those events,” he says. “I think that’s the most powerful tool to have as a person: to know that you’re able to create the story of you. It’s not just given to you by what happens.”

Since the filming of this video, Adox’s situation has progressed. He now can only use his eyes to communicate, and his vision is declining. 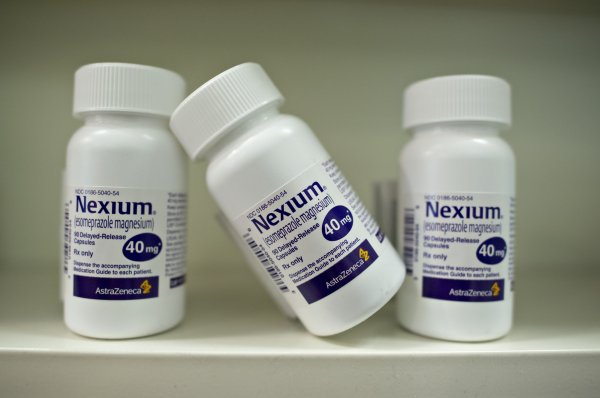 Heartburn Drugs May Be Linked to Dementia in Seniors
Next Up: Editor's Pick