AT&T has unveiled its roadmap for bringing ultrafast wireless connectivity to the U.S.

The company announced Friday that it will start testing 5G wireless connectivity in 2016 as part of a plan to broadly roll out 5G connectivity across its network in the future. The company said in a statement on Friday that the 5G trials will start in Austin, TX by the end of this year, though the company cautioned that widespread connectivity to 5G likely won’t be available for several years.

“We’re conducting our 5G trials in such a way that we’ll be able to pivot to compliant commercial deployments once 5G technology standards are set,” the company said in a statement. “The international standards body, 3GPP, will likely complete the first phase of that process in 2018.”

Indeed, 5G connectivity is unlikely to have widespread availability across the U.S. until 2020, at the earliest.

In an interview with Fortune last year, Tom Sawanobori, CTO at industry organization CTIA, noted that 5G has yet to reach industry-standard status. The standards will determine how 5G must create connections between devices and cellular towers and what services it could provide. He told Fortune that 5G will go through several “iterations” before an international standard is endorsed.

Still, debate rages over when 5G could make its way to the market. Verizon, AT&T’s chief competitor and another company conducting 5G trials this year, has said that it can get widespread 5G coverage to the market by 2017. AT&T responded to the claim last year, telling CNET that it was too early for any carrier to make 5G “promises.”

Philip Solis, research director at ABI Research, is far more bearish on 5G than the companies themselves. He toldFortune last year that he believes “5G will be deployed in full force—more coverage, more supporting devices, maximized implementation of technology—closer to 2030 than 2020.”

His comments followed Sawanobori’s claim that at least for right now, 4G long-term evolution (LTE), the predominant connectivity option today, will be “sufficient for the foreseeable future.”

For consumers, 5G could hold significant promise. When 5G finally makes its way to the market and devices start connecting to it, customers will see up to 100 times the Internet connection speeds they’re currently getting on a wireless network. As AT&T notes in its statement on Friday, whereas 4G LTE speeds are measured in megabits per second, 5G will be measured in gigabits per second. To put that into perspective, a standard-sized television show file could be downloaded in less than three seconds on 5G. On 4G LTE, it could take minutes.

So why start 5G testing now, even though its broader adoption is so far out? AT&T, like Verizon, believes that the market needs faster and more reliable networks as the number of devices calling on wireless data increases. The company said in a statement that since 2007, data usage on its network is up more than 150,000%, due in large part by widespread smartphone adoption and people using those handsets to watch video. Indeed, more than 60% of the company’s data traffic in 2015 came from video, AT&T says.

Looking ahead, AT&T says that it will use the data it gleans from its Austin trials to guide its rollout plans across the country.

“New experiences like virtual reality, self-driving cars, robotics, smart cities and more are about to test networks like never before,” John Donovan, chief strategy officer and group president at AT&T Technology and Operations said in a statement. “These technologies will be immersive, pervasive and responsive to customers. 5G will help make them a reality.” 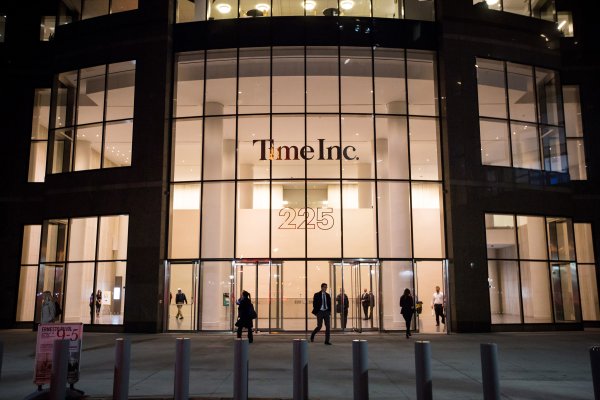