Review: How to Be Single Fails to Find the Joy in Singledom

The slapdash rom-com How to Be Single, aimed with drone-like singularity of purpose at a Valentine’s Day weekend movie audience, is here to tell women, with self-congratulatory dirty cheer, that the unattached life is nothing to be ashamed of. It’s okay to be a blowsy, bawdy gal who enjoys a Trainwreck routine of casual sex, copious booze, and friendly, in-your-face cleavage! It’s fine to be a high-pressure husband-shopper who studies dating websites like stock market charts! It’s endearing to be an unformed, wide-eyed university grad who leaves her college boyfriend behind to taste big-city life by renting a funky apartment in Brooklyn, just like all the cool kids do in Girls! It’s nothing weird to be a workaholic professional—older than the others in this quartet—devoted to her job, yet eager for motherhood, even without a mate, before it’s too late!

To prove the wobbly premise, Rebel Wilson does her well-liked plus-sized-personality thing as the bawd, Alison Brie pulls out her always welcome avid-on-the-edge-of-madness look as the husband shopper, Dakota Johnson does familiar fetching things with her eyes as the new Brooklyn resident and Leslie Mann brings her patented neurotic-dither comedy to the game as a sperm-bank shopper. (The men who don’t make it, for one reason or another, are played by Nicholas Braun, Damon Wayans, Jr., and Anders Holm. Jason Matzoukas and Jake Lacy get to play two who make the cut.)

Of course, listen carefully, and How to Be Single whispers that everything is probably better with the right loving mate (which, in this straight story, means a man); at the very least, a girl could use a guy to help with hard-to-reach dress zippers and solve cable-TV tech problems the way Boys Do Best. But pay no attention to the shadow of patronization, single ladies: It’s okay to be you! Er, us!

Never mind that, having watched and loved (or love-hated or hate watched) Girls, the audience for How to Be Single already knows this jive. And never mind that those in the audience who were devotees of Sex and the City before the age of binge-watching are bound to recognize recycled components in this version for millennials. Anyway, movie comes by its SATC DNA honestly: The story is loosely based on the 2009 comic novel of the same name by Liz Tuccillo—who was a writer and story editor on that original HBO series, and who co-wrote the book He’s Just Not That Into You.

Yet what rings hollow in this Easy Reader version of Sex and the City has less to do with the imitative structure of compare-and-contrast women (and the parade of men they meet, each with his own issues) than with the feeling that there is no heart, no soul, and no belief in the story premise on the part of practiced rom-com screenwriters Abby Kohn, Marc Silverstein, and Dana Fox or director Christian Ditter (Love, Rosie). What makes Girls, or SATC, or, for that matter, any good rom-com work, is real joy and passion for the characters among those involved in the production. (Exhibit A: Bridesmaids.)

What sinks How to Be Single is the unshakeable feeling that every scene, character, “outrageous” bit, or “hilariously dirty” line of dialogue (much of which, in the style of our day, has to do with female talk about female genitalia) has been created, with detached workmanship, for calculated effect rather than out of delightful inevitability.

What kills the fun is the sense that everybody involved is just not that into it. 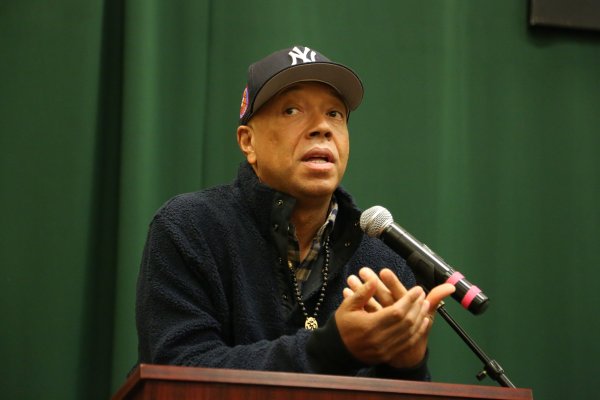 Russell Simmons Plans Awards Show Days Before the Oscars
Next Up: Editor's Pick