In the video released Thursday by the regime’s state broadcaster, titled ‘The Launching of the Earth Observation Satellite Kwangmyongsong-4,’ the rocket is seen shooting off from a gantry. It then cuts away to footage of the North Korean leader Kim Jong Un speaking to officers and traveling on a plane.

U.S. officials say the satellite is now “tumbling in orbit” about 300 miles above earth. Its launch has been strongly condemned by the international community. 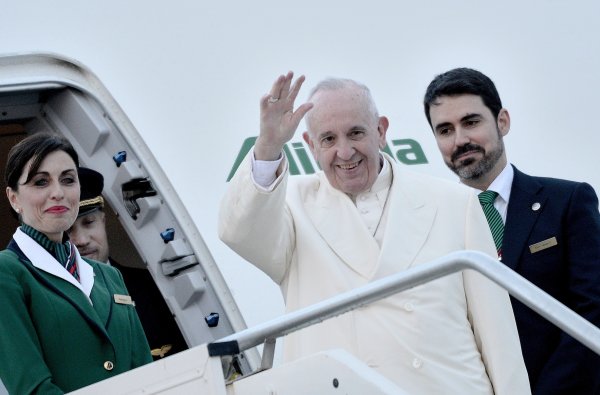 What to Know About Pope Francis' Historic Meeting
Next Up: Editor's Pick