A rioter confronts police in the Mong Kok area of Hong Kong on Feb. 9, 2016
Bloomberg/Getty Images
By Nash Jenkins

The Chinese government has blamed separatists for a riot in Hong Kong on Monday that led to 64 arrests and saw scores of demonstrators and police officers wounded.

In a statement quoted by Reuters, the Chinese Foreign Ministry said “a local radical separatist organization” was responsible for the most serious clashes since the pro-democracy Umbrella Revolution in the fall of 2014. It called for Hong Kong authorities to punish what it termed “illegal and criminal activities.”

The organization referred to by the Foreign Ministry is thought to be Hong Kong Indigenous, which saw five of its members arrested after the Monday clashes.

The ministry’s statement is believed to be one of the first official pronouncements from the central government on Hong Kong’s growing separatist or independence movement, which has been fueled by frustrations over the failure of the more moderate democratic campaign to defend Hong Kong’s autonomy.

The independence movement is small but politically significant, being the first to have been launched by Han Chinese on the Chinese mainland since the formation of the People’s Republic in 1949. (Independence is a common aspiration among Tibetan and Uighur activists, as well as many Taiwanese.)

While most Hong Kong separatist organizations are peaceful, some activists have been accused of a botched bombing attempt outside the city’s legislature in December last year.

Among those arrested after Monday’s street battles was Derek Lam, a student activist who was a recognizable face during the 2014 protests. His detention has enraged his compatriots in the pro-democracy camp, who led a procession to Hong Kong’s police headquarters on Thursday to decry his arrest. Joshua Wong, a figurehead of Hong Kong student activism who has himself called for self-determination for Hong Kong, said that Lam was not present at Monday night’s protests as they escalated into violence.

“We demand a comprehensive explanation,” Wong said on Thursday. 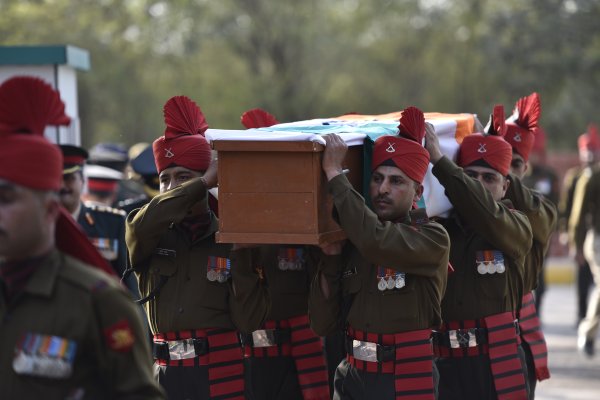 Indian Soldier Who Survived 6 Days Under Avalanche Dies
Next Up: Editor's Pick