Vermont Sen. Bernie Sanders released an online video Thursday featuring the daughter of Eric Garner, a 43-year-old unarmed father of six who was killed in a chokehold by New York City police officers in 2014.

The video is an example of attempts by the Democratic presidential candidate to reach out to black voters as the race heads to South Carolina and Nevada, where there are large populations of blacks and Latinos. In South Carolina, black voters make up more than 60% of the primary electorate.

“I’m behind anyone who’s going to listen and speak up for us, and I think we need to believe in a leader like Bernie Sanders,” Erica Garner says in the video. “There’s no other person that’s speaking about this. People are dying. This is real. This is not TV. We need a president that’s going to talk about it.”

Sanders, who met with the Rev. Al Sharpton Wednesday, also recently released an ad in which he calls for unifying America across racial lines.

“If we do not allow them to divide us up by race, by sexual orientation, by gender … by whether or not we were born in America or whether we’re immigrants, when we stand together as white and black and Hispanic and gay and straight and woman and man … we will transform America,” he says in the ad. 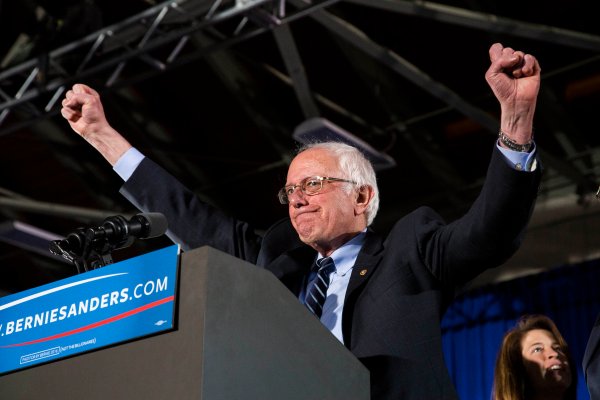