What Parents Can Learn about Teaching Resilience From 'Room'

A24 films
Ideas
By Dr. Harold Koplewicz
Dr. Harold S. Koplewicz is the founder and president of The Child Mind Institute, an independent nonprofit dedicated to transforming the lives of children and families struggling with mental health and learning disorders.

I know I’m not alone in being touched by the performances of Jacob Tremblay and Brie Larson in the Oscar-nominated film Room. But what struck me, as a child psychiatrist, was how those performances show the inspired resilience of a small family placed in an impossible situation.

In Room, 5-year-old Jack lives in almost blissful ignorance in a locked shack, the only world he knows. His mother—we know her only as “Ma”—keeps a brave face while plotting their escape from “Room” and her jailer and rapist, Jack’s father. After seven years in captivity, Ma has realized that the world she created will no longer be enough to keep Jack safe, and devises a plan that takes them out of “Room.” Her excitement at the prospect of returning to her life is offset by Jack’s fear of a world he never knew existed.

Things don’t turn out as expected. Ma, whose ingenious stubbornness in the face of terror and hopelessness helped Jack survive and even thrive, is upset by what the world has to offer. She is pained by reminders of the time she’s lost, questions and criticism from people who have no idea what she went through, and the guilt and shame of being a victim.

Jack is quite the opposite: He employs the resilience that Ma fought so hard to instill in the face of crippling odds. Because she protected him, made him feel love and develop confidence and curiosity, he quickly engages with the world.

Room is a movie about trauma and our responses to it. Bad things happen; whether we rebound in a healthy way or develop harmful ways of coping depends on a combination of our temperament, history, and the support we get. Our responses are also determined in large part by our upbringing, and Room is also—and more shrewdly—a movie about development.

Where we are in our developmental trajectory has a huge impact on how we react to adversity. Jack is 5 and doesn’t know he was protected from the trauma of his reality. Ma was 17 when she was kidnapped, beaten and then raped repeatedly and regularly. As a doctor tells Ma, “the most important thing you did was to get Jack out while he’s still plastic” and he can recover from “Room.” At 24, Ma’s brain is less plastic—and she has a more difficult time readjusting.

Jack is almost immediately excited about what is new and how he can experience it. And he isn’t haunted by his time in captivity, because he was allowed a peculiar but enriching childhood.

“There’s doors, and more doors. And behind all the doors, there’s another inside, and another outside,” Jack says in voiceover, describing with childlike wonder what he’s experiencing.

Ma, on the other hand, feels spited because her late adolescence was stolen from her when she was kidnapped. Telling Jack about old high school friends, she enviously remarks that “nothing” has happened to them in seven years.

Films like Room highlight the paradoxical effects of traumatic events: they can bring out the very best in us, and then leave us wounded and hopeless. Thankfully, there is help for traumatic stress, a message I hope every viewer takes away from the movie. Even more wonderfully, there are protective factors that we can give our children starting early in life that can promote resiliency and hope in these situations. (You can learn more about supporting children exposed to trauma in the Child Mind Institute’s guide, Helping Children Cope After a Traumatic Event.)

Ma’s road to recovery may be very long. But because of what she did for Jack inside “Room,” his fears do not include being alone, being unloved, or being unable to succeed. It’s not easy, but his bravery and resilience are more than equal to the task of overcoming the barriers in his way.

In perhaps the most widely quoted line from the book the movie is based on, Ma comforts Jack before they escape. “Scared is what you’re feeling. Brave is what you’re doing.” 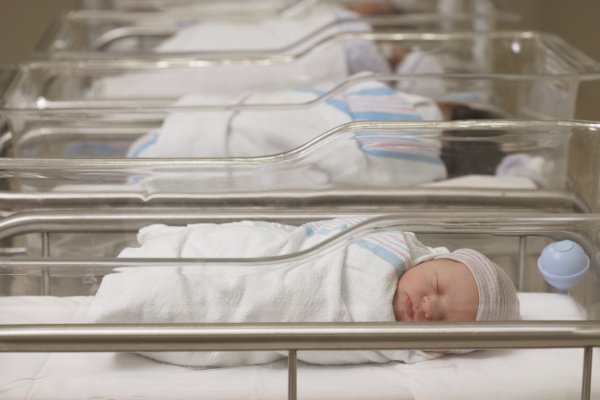 Closing Newborn Nurseries Isn't Good for Babies or Moms
Next Up: Editor's Pick