Some Brain Games May Grow the Size of Your Brain: Study

Nothing good lasts forever, and that’s especially true of a healthy brain. An unfortunate part of healthy aging is that parts of it shrink over time. But a small new study, published in the Journal of Prevention of Alzheimer’s Disease, suggests that targeted, personalized interventions can slow or actually reverse some of that loss, even late in life.

When Majid Fotuhi began researching neurodegeneration years ago, “I remember being stunned to realize you can get a healthy brain and grow it bigger with certain interventions,” says Fotuhi, who is the medical director of NeuroGrow Brain Fitness Center in Virginia. Those include physical exercise—a recent study found that people who were more physically active in middle age had bigger brains than their peers 20 years later—and meditation. “Then I thought, if we grow it, we can make up for the shrinkage that happens to our brain throughout life,” Fotuhi says.

He and a team wanted to see if they could improve the brains of their elderly patients in their own clinical practice. The researchers took 127 adults, all around age 70, who had mild cognitive impairment but were still able to function in everyday life. (Mild cognitive impairment puts older people at increased risk for developing Alzheimer’s disease.) Before the experiment started, they gave everyone a brain MRI. Then, they measured everyone’s personal strengths and weaknesses with a battery of standardized cognitive tests, evaluating things like short-term memory, long-term memory, calculation, problem solving and navigation.

Equipped with a blueprint of each person’s brain abilities at baseline, Fotuhi put his patients through three months of intensive brain training. It was part education: people learned how to meditate, the elements of a Mediterranean diet, the importance of omega-3 fatty acids, how to reduce their stress and how to improve their sleep. They also played brain games that the researchers specifically tailored to focus on each person’s individual weaknesses. They also had cognitive behavioral therapy. They also received hours-long sessions of neurofeedback, an EEG technique that allows a person to see their brain activity in real time and modify brain wave patterns with the help of a practitioner.

“We targeted everything at once,” Fotuhi says. “It was like boot camp for our elderly patients.”

At the end of the trial, the researchers administered the cognitive tests to see if people had improved. And they had. The average person in the study improved in about five of the 10 cognitive areas. 84% of people showed significant improvement in at least three of the areas of cognitive function.

Fotuhi thought he’d be able to see these improvements reflected in the size of people’s brains. He looked at the hippocampus, a thumb-sized structure critical for consolidating memories and memorizing names, facts and directions. It’s also one of the areas most vulnerable to damage in diseases like Alzheimer’s, and even in healthy people, it shrinks by about 0.5% each year after age 40. To see if it had changed, Fotuhi once again conducted MRI brain scans on 17 of the people in the trial.

Remarkably, nine of the people had growth in their hippocampus by at least 1%. “When the hippocampus grows by 3%, it’s almost like having a hippocampus six years younger,” Fotuhi says, who adds that some people in the study showed this amount of growth. Three of the 17 people had no atrophy in the region, and five people showed the expected shrinkage of the hippocampus.

It’s a small study that didn’t have a placebo group, and Fotuhi wasn’t able to tease out which element of the program had the biggest effect. Still, Fotuhi was impressed by the results and hopes that they’ll encourage physicians to raise their expectations for improvement in their elderly patients. “What needs to happen is for physicians and the general public to appreciate that the malleability, the neuroplasticity of our brain does not stop just because it gets older at 50 or 60,” he says. “Your brain has an innate ability to grow at any age.”

Next, Fotuhi plans to study how long the changes last and to isolate neurofeedback to measure the technique’s independent effects. Though the program requires a great deal of commitment, “it’s a lot cheaper to put people on an exercise program and do neurofeedback and try to help them improve their sleep than it is to put them in a nursing home,” Fotuhi says. “Just because you’re 80 years old does not mean it’s over.” 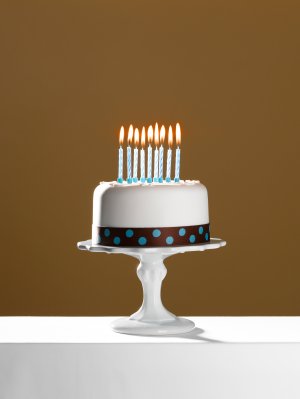 6 Things That Determine How Long You'll Live
Next Up: Editor's Pick