5 Leadership Lessons From Mark Zuckerberg and Other Top CEOs

Penguin Random House
Ideas
By Sydney Finkelstein
Sydney Finkelstein is the Steven Roth Professor of Management and Director of the Leadership Center at the Tuck School of Business at Dartmouth College and the author of Superbosses.

Ever wonder why some leaders like Facebook’s Mark Zuckerberg keep hitting it out of the park, and others like Volkswagen’s Martin Winterkorn get unceremoniously booted out of the C-Suite? For the last three decades I’ve been studying the best and the worst, from CEOs to government leaders. Time and again, the same five factors have emerged in the most effective leaders.

1. Great leaders hire exceptional talent. Hiring the best means knowing what to look for. Intelligence—and not just IQ—creativity, and extreme flexibility are the three primary criteria the best leaders are looking for. And they’re open to unusual talent, people who don’t fit the mold. That’s what first triggered legendary NFL head coach Bill Walsh’s push to bring more African Americans into the coaching ranks. He saw the opportunity in an untapped talent pool, ready and able to contribute, and went after it. Not only did he greatly improve his own team, but he changed professional football in the process.

2. Great leaders are creative. Almost without exception, the best leaders are always on the lookout for new ideas and expect the people who work for them to do the same. The key is to nurture openness and innovation. How? By encouraging constant risk-taking and rule-breaking. Norman Brinker, founder of Chili’s restaurants and almost a dozen others, used to constantly challenge his team by asking: “What’s working, and what’s not? Go try something new.” These leaders are never satisfied with the status quo. For them, change is the norm.

3. Great leaders love a good argument. How many times have you been in a situation where your boss has made clear that he’s not interested in any other views? I always say that if someone is right all the time, we should give them the Nobel Prize. Alas, it’s yet to happen. The best leaders encourage debate and discussion. They want to know what might go wrong before it goes wrong. That way, adjustments could be made early. Shutting down your team has a negative side effect: The best people tend to leave. Then you’re not only surrounded by yes-men and yes-women, but the little advice and counsel they might give is likely to be weak. Great leaders are self-confident enough to handle the give-and-take that characterize how top teams work.

4. Great leaders are accountable for actions and results. Of course, accountability eventually catches up to most CEOs who have severely underperformed, but the best leaders make clear what they’ve done and what they haven’t. Facebook was slow to make mobile work a few years ago, but Zuckerberg acknowledged that mistake and spearheaded a major shift in how the company does business. It’s not only that this decision was exactly right (mobile ad sales were a key element in Facebook’s latest earnings announcement), but Zuckerberg stepped up to take responsibility. Think about how that message must have resonated among the rank-and-file. The contrast with Volkswagen’s Winterkorn’s reaction after the automaker’s rigging of pollution control tests was uncovered is stark: “I did nothing wrong.” He quit amid the scandal.

5. Great leaders are teachers. They deliver multiple layers of lessons at once. First, they teach technical nuances about their business—insights employees can’t get anywhere else. Who better than Brinker to teach his staff what’s important and what’s not in the restaurant business? Just as valuable is a second layer of lessons: the make-or-break advice great leaders impart on how to run businesses and lead organizations. Billionaire entrepreneur and designer Tory Burch, for example, credits Ralph Lauren with teaching her “the importance of having a complete vision for a company, from product to marketing to store visuals.” And great leaders do all this in a highly customized fashion, tailoring their feedback and how they deliver it to each individual on their team.

One of the great things about great leaders is that they make it look easy. It’s not. It takes courage, self-confidence and persistence. But last time I looked these attributes were not limited to a chosen few. So let’s add one more: great leaders want to be great leaders and are willing to do what it takes to get there. And that’s an aspiration that anyone can take on. 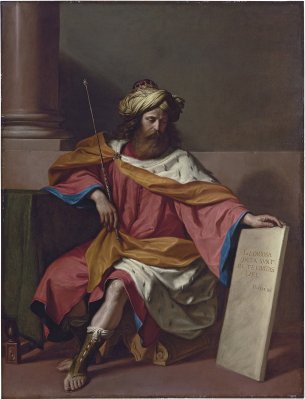 What King David Could Teach Today's Presidential Candidates
Next Up: Editor's Pick