See What People in Every State Are Giving Up for Lent

Christians across the country began observing Lent this week, and many marked the period of penance, which lasts until Easter, by choosing something to give up.

That choice varied from state to state, with Alaskans vowing to take sweets off the menu, New Yorkers pledging not to drink alcohol and Californians promising to give up sex, according to Google search data provided to TIME.

Meat was a popular target, as the most-searched item to give up for Lent in eight states ranging from Florida to Wisconsin, followed by alcohol, with people in seven states expressing interest in going dry. In all, food or drink-related items were the top searches for Lent abstentions in more than half of the 50 states. But there were a few outliers, including Georgians who want to give up social media, Washingtonians who are taking a break from dating and Idahoans who won’t be tuning in to Netflix. 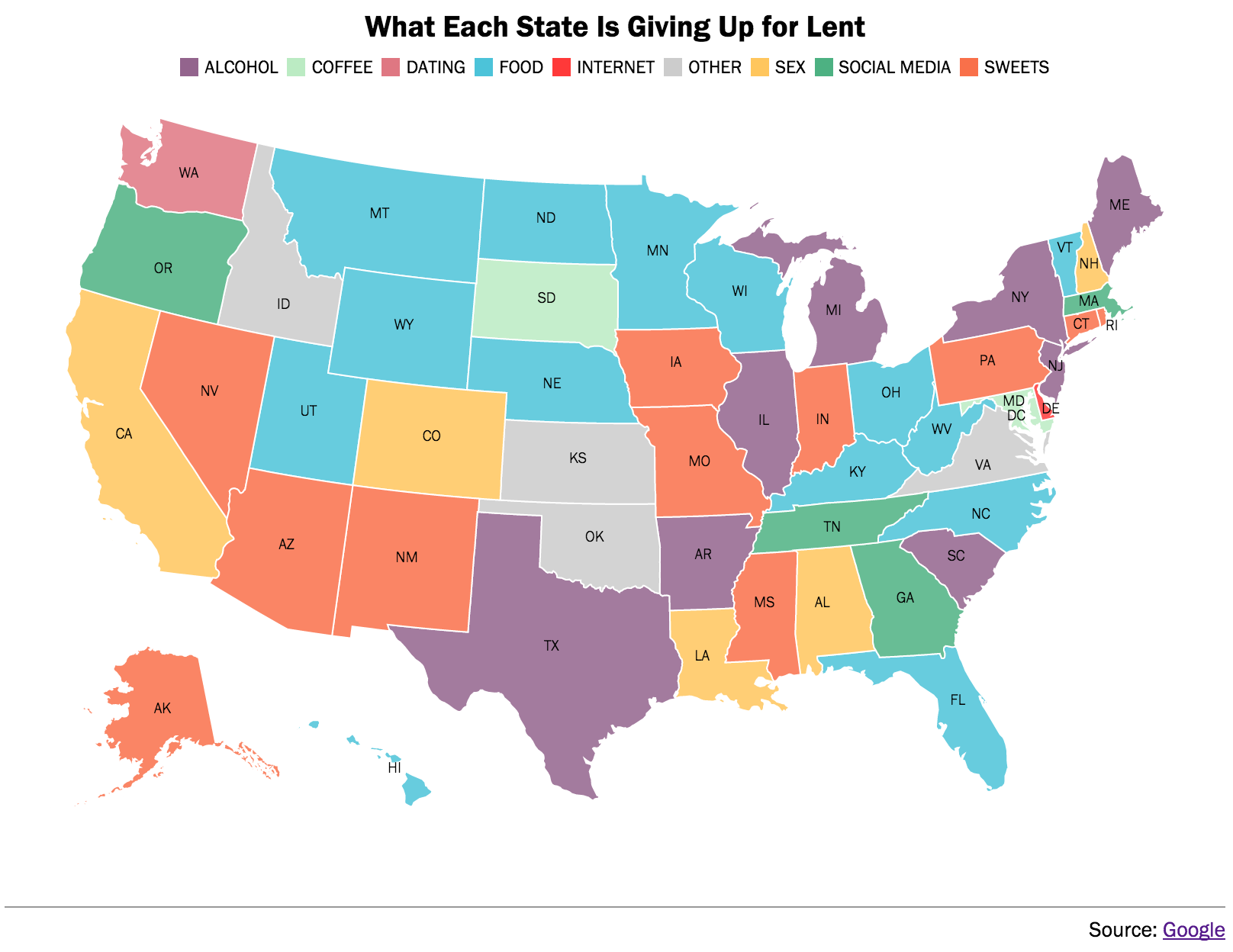 Methodology: Google determined the item people in each state are most interested in giving up for Lent by looking at searches containing the terms “Lent” and “give up” from Feb. 1-8, 2016. The list reflects the top-searched item for each state. 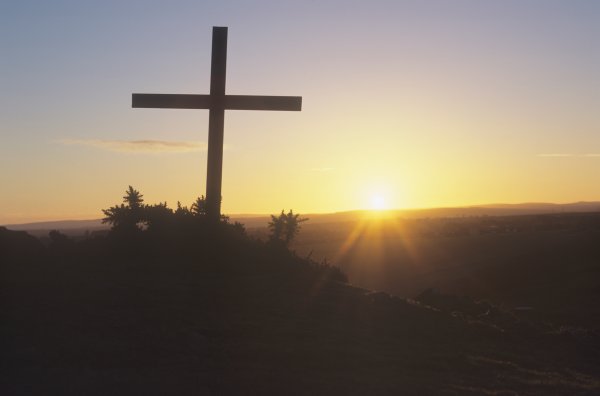 How to Make Lent Radically Spiritual
Next Up: Editor's Pick