Carson exploits his most famous traits–skilled hands in the operating room—without dulling their impact. Repeated shots of the hands of Carson supporters working in all sorts of fields bolster Carson’s missionary argument about upward mobility.

Using family members in campaign ads is nothing new. But Cruz’s controversy-courting staging–a mock book-club reading that targets the IRS and Obama–is delightfully nihilistic rather than sappy. It’s a rare attack ad that, somehow, charms.

Sanders is no sentimentalist, so he lets Simon and Garfunkel do the inclusion and uplift for him. Their song “America” plays while he wordlessly summons the revolution. It situates the cerebral socialist in the comforting, recognizable milieu of ’60s nostalgia.

Decades in the spotlight–and countless hairstyles–are transformed from a potential weakness into an asset, using chronological clips cut together to form a single speech about her fight for children. The point is crucial for Clinton: Despite all the political reinventions, she hasn’t lost her core purpose.

’15 QUESTIONS MARCO WON’T BE ASKED AT THE DEBATE,’ MARCO RUBIO

As Rubio strolls backstage talking to an unseen interlocutor, we learn the Senator loves HBO’s Ballers and thinks Batman could win against Spider-Man. The facts, though, are less notable than the chilled-out, un-politician-like tone.

‘JEB: FOR ALL YOUR SLEEPING NEEDS,’ DONALD TRUMP

This 15-second Instagram video turns a shot of a voter apparently snoozing at a Jeb Bush event into a witty sleeping-aid promo. Aided by Bush’s dull stump speech, Trump’s trademark bullying sense of humor is both vicious and funny. 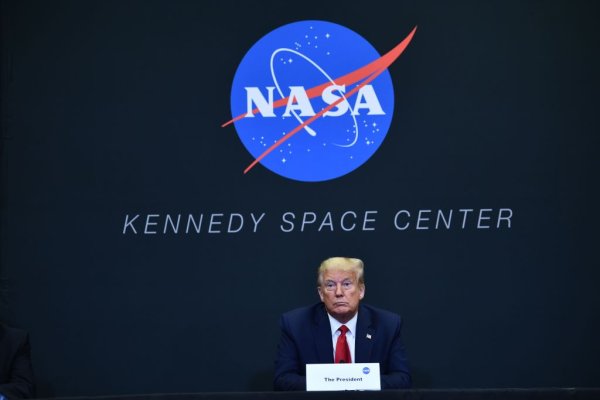 Trump Lashes Out As His Election Prospects Darken
EDIT POST