The subtitle of director Robert Eggers’ intense, unnerving debut feature, The Witch, is A New-England Folktale, and once you’ve seen it, you’ll think even ye olde unnecessary hyphen is scary. The Witch hints at lots of unsettling questions: Can female adolescence trigger supernatural whirls of energy capable of attracting evil? Is nature our friend, and can its creatures be trusted? Can we come to terms with the self-righteous wrongdoing of our collective American past? Set in 1630, The Witch is partly the story of a family torn apart by an ungodly curse, but its true function, like that of any folktale, is to nose around murkier, more deeply rooted anxieties.

Thomasin (Anya Taylor-Joy, a waifish blonde with the look of a faerie child fresh off the lily pad) is the eldest in a family of five that has just been banished from an established settlement–apparently the father (Ralph Ineson) has some religious notions too rigid even for the local Puritans. But shortly after he moves his tight-knit, ultra-pious brood to more remote territory, hoping for a fresh start, the glowing, robust babe to whom mother Katherine (Kate Dickie) has recently given birth is mysteriously snatched away, under Thomasin’s watch. Things get worse from there, and it’s clear (to us, at least) that the source of all these scourges is someone–or something–lurking in the eerily silent gray-green forest that borders the family’s property. The events that unfold lead Thomasin’s family to suspect that she might be a handmaiden of Satan–and we wonder, too, if, wittingly or not, she has become a conduit for evil.

Although Eggers is discreet–the things you don’t see are more horrifying than those you do–the picture’s relentlessness sometimes feels like torment. But if you can survive it, The Witch is a triumph of tone. Some of its creepiest touches are also the most seemingly benign, like a sequence in which Thomasin’s young twin siblings, mini adults in stiff clothes, cackle and sing as they taunt one of the family goats, a shaggy black beast with spiraling horns. Something about those kids just isn’t right, but damned if you can put your finger on it. The Witch has the feel of a shared secret, a whispered revelation that you’ll never be able to unhear, pouring like mist from images you’ll never be able to unsee. 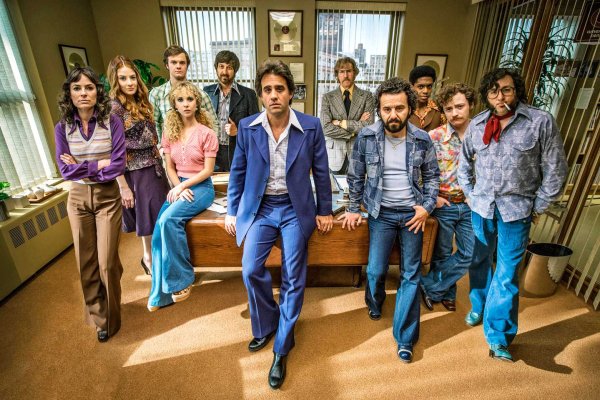