Health workers fumigate in an attempt to eradicate the mosquito which transmits the Zika virus in Recife, Pernambuco state, Brazil on Jan. 28, 2016.
Mario Tama—Getty Images
By Ian Bremmer

Just when it seemed things couldn’t get worse for economically suffering Brazil, there is now serious talk that the Zika virus may cancel the Summer Olympic Games, scheduled for August. Dozens of cities across the country have already canceled Carnival celebrations, and the U.S. Olympic Committee has warned athletes and staff to consider skipping the Rio Games. Zika threatens public health, tourism revenue and the country’s prestige.

A slowing economy is already inflicting pain on Brazil’s people. Inflation surged to 10.67% in 2015, its highest point in 13 years. Unemployment is on the rise. Per capita income has fallen by more than one-third since 2011. Brazil isn’t in a recession–it’s in a free fall. GDP growth fell from 7.5% in 2010 to –3.8% in 2015. In January, commuters in São Paulo hit the streets to denounce higher bus fares, a worrisome repeat of spontaneous protests that swelled to more than 1 million people across the country in 2013. Even without Zika, protests might have turned the Olympics into the wrong kind of spectacle.

Hard economic times are exacerbated by a corruption scandal that has provoked impeachment proceedings against President Dilma Rousseff and threatens leading politicians in government and the opposition. The so-called Car Wash scandal began at Petrobras, the country’s state-owned oil giant, in March 2014, when the company’s chief of refining, Paulo Roberto Costa, was accused of money laundering. Costa then alleged that Petrobras awarded contracts to companies that promised to divert a percentage of their value into the accounts of ruling-party members and their allies. Early estimates place total bribes at nearly $3 billion. Rousseff served as Brazil’s Energy Minister and as chairwoman of Petrobras during the years of alleged corruption. Her opponents say if she knew about the scheme, she’s dishonest–and if she didn’t know, she’s incompetent.

To survive the impeachment process, Rousseff must depend on votes from those within her party most hostile to the market-friendly reforms that might resuscitate Brazil’s economy. If she’s ousted, Vice President Michel Temer, who would take her place as President, would face an impossible political task. Rousseff’s Workers’ Party would oppose him at every turn, and his own party, the PMDB, would have to fend off charges related to the same scandal.

There is reason for optimism–eventually. Political corruption has long stunted Brazil’s growth, and the ability of an independent prosecutor to force a public reckoning may be exactly what the country needs. But that’s a long-term hope. It won’t make a measurable difference this year. In the meantime, Brazil badly needs a boost of confidence, and the Olympics were expected to provide one. Zika couldn’t have arrived at a worse time. 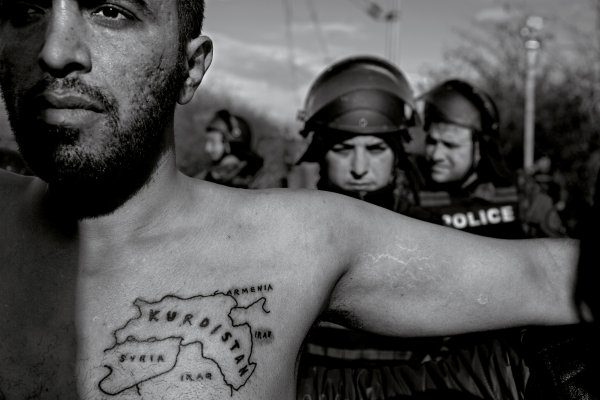 The Lonely Journey of Migrants to Europe
Next Up: Editor's Pick