The sister, left, of Mohammed Ismael, who died in a suicide car bombing claimed by the Islamic State of Iraq and Greater Syria, mourns during his funeral in Syria's Hasakeh province on Dec. 13, 2015
Delil Souleiman—Getty Images
By Simon Lewis

The five-year-old war in Syria has claimed 470,000 lives, according to new research that almost doubles previous estimates about the human cost of the conflict.

The Guardian reported details of a report by the Syrian Center for Policy Research, due to be launched in Beirut on Thursday, that says life expectancy in Syria has dropped to just 55.4 years. Before the conflict Syrians could expect to live to the age of 70.

Syria’s population was about 21 million when an uprising against the regime of Bashar Assad began in 2011. Antigovernment protests were quelled by a brutal crackdown, sparking a civil war that is now fought by numerous armies, including several radical Islamist groups, and draws funding from myriad foreign powers.

Since the war started, 11.5% of Syrians have been killed or injured, the report says, according to the Guardian. Some 13.8 million Syrians have lost their means of earning a living. Altogether 45% of the prewar population has been forced to move — including more than 4 million who have fled the country and 6.36 million displaced within Syria.

The U.N.’s human-rights office has estimated that more than 250,000 have died, but gave up recording the fatalities from the war in mid-2014 because it couldn’t get hold of reliable data.

The Syrian Center for Policy Research estimates from fact-finding conducted on the ground in Syria that 400,000 people have been killed by the conflict itself, with another 70,000 dying because of the war’s knock-on effects — inadequate health care and medicine, the spread of disease through unsanitary conditions for the displaced people, and lack of access to food or clean water. 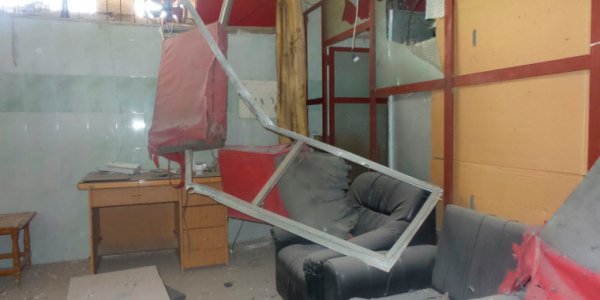