Getty Images
Ideas
By Dr. Amy Tuteur
Dr. Amy Tuteur is an OBGYN and the author of the forthcoming book, Push Back: Guilt in the Age of Natural Parenting.

I’m deeply disappointed to learn that the hospitals in my state, Massachusetts, are closing their newborn nurseries. It’s a submission to the entreaties of breastfeeding activists (lactivists), and doesn’t accomplish its stated aim. Most importantly, it’s unsafe.

The Boston Globe explains that women can no longer leave their babies in the nursery in order to rest, called “rooming-in”—the nurseries are being closed, in response to the Baby Friendly Hospital Initiative (BFHI), the breastfeeding industry’s program to promote breastfeeding. The hope of this initiative is to get mothers to breastfeed on demand, which means having the baby nearby round the clock, and, potentially sharing the bed.

Never mind that the name “baby friendly” is deeply wounding to women who can’t or don’t want to breastfeed. The BFHI offers a credential for hospitals that can demonstrate they have done everything possible to pressure women to breastfeed: lecturing them about purported benefits, making formula inconvenient and humiliating to obtain in the hospital, and depriving women of free formula to use when they go home.

1. In first-world countries with easy access to clean water, the benefits of breastfeeding are somewhat trivial: a few fewer colds and episodes of diarrheal illness across the entire population of infants.

2. The breastfeeding industry is sadly confused about the relationship between rooming in and breastfeeding. Rooming-in doesn’t promote breastfeeding; breastfeeding promotes rooming-in, because the women most committed to breastfeeding are often committed to keeping their babies with them at all times. There no evidence that rooming in leads to increased breastfeeding rates, and there’s no plausible way for it to do so. Women don’t make serious infant feeding decisions based on trivial issues like whether or not they can send the baby to the nursery.

3. Forced rooming-in is unsafe. Mothers who have trouble lifting babies out of hospital bassinets often keep babies in bed with them. Yet we know that both soft bedding (such as that in hospital beds) and maternal sedation from narcotics (given for pain relief after C-section or vaginal tears) are associated with accidental infant death. For safety’s sake, someone should watch a baby while his or her mother sleeps.

Lactivists envision that everyone is like them: privileged to have a partner who will participate in in-hospital baby care, who can take time off from work to be there, and who has money to pay a babysitter to stay home with any older children. But that’s not the case for most women; they are solely responsible for the care of their newborn even if they are exhausted by a long labor, in pain from surgery or vaginal tears and sedated by pain-relieving narcotics. Closing nurseries doesn’t merely deprive these less privileged women of time to recover; it literally puts their babies at risk for death.

Whose needs are being served by closing nurseries? Unfortunately, only the needs of the breastfeeding industry are being served—and hospitals, which are being given cover to cut the nursing staff from those nurseries.

Forced rooming in is a convenient excuse to save money at the expense of women and their babies. An initiative that results in the preventable deaths of babies can’t possibly be baby-friendly and it isn’t mother-friendly, either. It’s simply tragic. 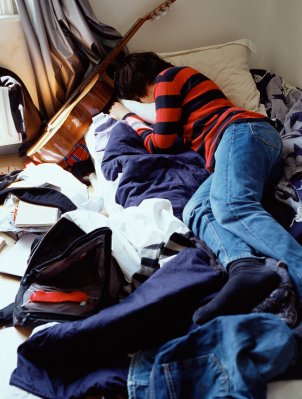 8 Simple Ways Parents Can Teach Kids to Get Organized
Next Up: Editor's Pick