Most Americans Want to Live to 100: Survey

As the 21st century progresses, more Americans will live longer than they ever have. And as it turns out, the majority of us are just fine with those projections. According to a new survey by the Stanford Center on Longevity, in partnership with TIME, most Americans want to live to their 100th birthday. The catch? They aren’t putting in the legwork to do so comfortably.

The survey of 2,330 adults, released on Thursday, reveals that 77% of Americans want to live to 100, and more than a third believe they will live past 90. But the data also shows only one third of people say they’re happy with their current body weight and their financial situation. Of Americans under age 65 who want to retire by the time they reach 65, slightly more than 40% say they will not have the financial means to live to 100.

“The surprise in this survey is not that people want to live to 100, but it is how little they have done to prepare for this eventuality,” said Peter D. Hart, of Hart Research Associates who conducted the survey, in a statement. “Americans admit to having overweight bodies and underweight financial strength in preparing for a long life.” Indeed, among the Americans surveyed who want to be centenarians, only 42% say they are making a serious effort to get there.

The survey also offers a snapshot of other American attitudes toward aging, which can vary across age groups. Millennials, for instance, are more likely than Boomers and Gen Xers to say they expect to live to 100. They’re also the generation that’s most likely to think they’ll have the financial means to do so.

Overall, Americans appear to be an optimistic bunch. Seventy-seven percent of people say they are happy with their lives overall and feel that their family, career and education make them happy, and 74% of people surveyed said that when they think about themselves growing older, they think of mostly good things. The cheeriness didn’t extend to the future, however. Fewer than one in three Baby Boomers feel optimistic for future generations, and 79% say they feel there are more challenges than opportunities for people today.

It appears Americans have some of the ingredients needed for a longer and better life—but it remains to be seen how they put them into play. 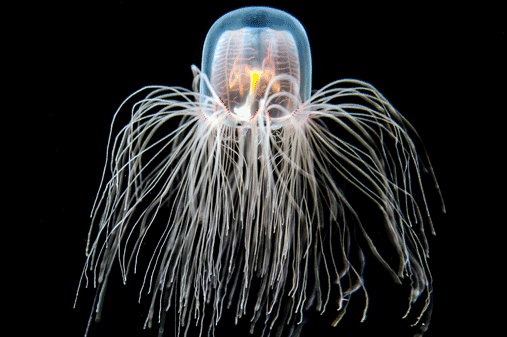 See 10 Animals That Live a Ridiculously Long Time
Next Up: Editor's Pick