At Basnet’s hostel, children learn everything from English and math to painting and taekwondo
Sumit Dayal for TIME
By Charlie Campbell

Anish was just 5 years old when he went to prison in Nepal. The boy is no criminal—his only transgression was having a mother with a drug addiction. When she was arrested for trafficking, Anish had no choice but to go along with her. “I didn’t like it in there at all,” Anish, now 12, says.

Thankfully, Anish’s ordeal lasted just two months. Today he is thriving at a sanctuary for children with incarcerated mothers and no other family to care for them. “What I like most here is playing with my friends,” he says with a grin. Since 2005, around 160 youngsters like Anish have been spared the horrors of growing up inside the landlocked Himalayan nation’s unforgiving penal system, largely because of the efforts of Pushpa Basnet and her Early Childhood Development Center.

When she was 21 years old, Basnet visited Kathmandu’s main Janana Women’s Prison as part of her studies to be a social worker. What she witnessed shocked her: children being forced to grow up in a central, high-walled courtyard—no cells, just open plan—without proper toilets, bedding or any schooling—all the time mingling with hardened criminals. “I knew I needed to do something,” recalls Basnet.

Nine years have passed since that initial ghastly impression, during which time Basnet has turned a day-care center for four children—three of whom were born behind bars and had never breathed free air—into a three-story residential hostel that currently houses 44 children aged from 13 months to 18 years old. “When I was growing up, I didn’t want for anything,” she says. “I was lucky enough to have these opportunities, and so I want to give the same to them.”

Basnet’s quest began with a cobbled-together $1,000—along with toys, furniture and art supplies scavenged from friends and family—which she used to set up day-care services in a cramped $100-a-week apartment in Kathmandu, Nepal’s sprawling dustbowl capital. “Every day was a struggle to know if we had the money to continue,” she says. Two years later some of the older children had to leave prison and move to an orphanage. (Generally this happens around age 8 or 9, but largely at the discretion of each prison authority.) “But when I saw the orphanage, I was not happy,” says Basnet, who then extended her services to residential care.

Today the younger children get nursery lessons in the spotless hostel—boasting natural craft supplies, a library, comfy bunk beds and mountains of learning toys—while the older kids attend a regular school nearby. All are taught English, math and computer skills, and a range of extra­curricular activities including painting, trekking, camping and taekwondo. “A lot of them have so much anger inside that I think the fighting helps them release it,” says Basnet. (Anish has already gained his yellow belt.)

Yet Basnet’s journey has been far from smooth. “At first the mothers didn’t trust me, as I was so young,” she says. “Jailers would accuse me of trying to sell the children.” At the outset, she harbored misgivings about taking young children away from their mothers. On her first excursion with kids outside the fetid jail, their inquisitive glee at being in new surroundings swiftly transformed into screaming terror as they feared they had been abandoned by their mothers. “At that point I thought that I’d made a big mistake,” says Basnet. Nevertheless, she persevered with short sojourns, and “after two weeks they were so happy to come out from the prison.”

Despite initial reservations, incarcerated mothers became persuaded by Basnet’s ceaseless devotion. Sancha Maya Tamang, 40, gave her 5-month-old daughter to Basnet when she was sent to prison for murdering her abusive husband. “I wasn’t happy, as there were some problems inside the jail and she couldn’t get an education,” she says. “My child was better off outside.”

Devotion does not translate to indulgence, however. Basnet is firm with her charges, convinced that structure and discipline are imperative for troubled children. “If you are a little strict, then they learn to respect you,” she says. “That’s very important in our culture.” Yet she also appreciates that the children under her care need greater understanding than average kids. “I’ve never had to experience what they have had to experience,” she says. “I’ve had a girl who was raped by her father at the age of 5. When I compare my life with theirs, it is something totally different.”

This past Christmas, the children enjoyed a special dinner of roast chicken and sweet treats, along with games, dancing and a bonfire. Humble gifts such as toothbrushes, hairbands and plastic toys were handed out. “We are not a religious organization and have Muslim, Buddhist and Hindu children from villages from all over the country,” says Basnet. “So we used the occasion to learn about each other’s religions.”

Basnet’s work culminated with her being named CNN’s 2012 Hero of the Year, a prize accompanied by $300,000 of vital funding. While she is grateful for the honor, she says that “to get the children out of the prison was the most important thing for me.” The prize money has just been used to purchase land where she intends to build bigger and better facilities to house up to 80 children—space where more young innocents can be liberated from the sins they never committed. 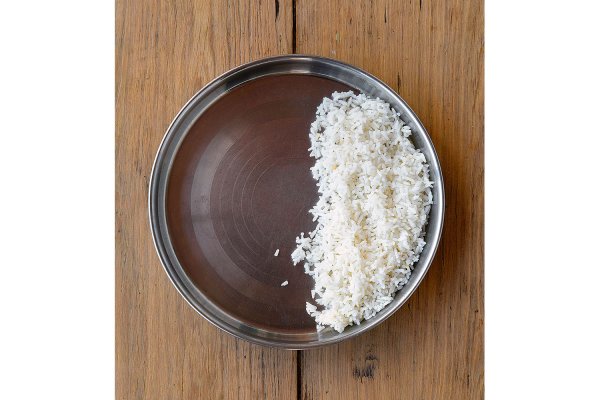 A Bad Diet
Next Up: Editor's Pick