Udemy Thinks It's Cracked the Future of Online Education

On the advice of my new writing instructor, I’m penning this story with a focus on clarity, eliminating what he calls “fuzzy thinking.”

My teacher, Shani Raja, has a long list of other grammatical peeves: Unsightly widows, misplaced modifiers and jargon, to name a few. Aimed at helping business professionals bolster their writing skills, Raja’s course is informative and helpful. But sometimes he speaks a little slowly. So I set his lessons at 1.5 times the normal pace and breeze through them at lightning speed, wishing I could’ve done the same in my undergraduate “Introduction to Fine Art” class.

Raja is one of tens of thousands of instructors offering classes on Udemy, an online learning platform aimed at professional adults who want to add new skills to their resumes. Classes range from “The Complete Java Developer Course” to “Body Language for Entrepreneurs.” There’s lighter fare, too, like “The Professional Guitar Masterclass,” meant for bedroom rockers rather than boardroom denizens. While teachers can choose to upload videos and leave it at that, the best instructors also offer insightful responses to students’ questions through a public chat feature.

On Feb. 12, Udemy will announce that more than 10 million students have taken one of its courses. In the U.S., there were about 13 million students working toward a four-year degree during fall 2015 semester, according to the Department of Education. It is another example of the rising popularity of online education as college costs have boomed in the United States. Americans hold $1.2 trillion in student loan debt, second only to mortgages in terms of consumer obligations. Entering the workforce deep in the red could be a handicap that follows graduates the rest of their careers, economists say.

Some observers have floated online education as a cheaper alternative to traditional four-year degrees. Struggles at some high-profile online colleges, like the University of Phoenix, have dampened those dreams. But Udemy CEO Dennis Yang, 42, believes online education can serve a different role, helping professionals long out of college keep up with changing workplaces. “Through a combination of technology, automation and globalization, things are changing quickly, but at the same time, what we learn in school, and how we’re teaching and being taught in school, is the same,” says Yang. “So traditional education is not really keeping up from a pace standpoint.”

To that end, Yang says that the majority of San Francisco, Calif.-based Udemy’s users are taking professional development courses, which teach skills that are practically useful in the workplace. About 30%, meanwhile, are taking “personal development” courses with subject matter ranging from music to fitness. To Yang, that split is a sign that people increasingly view education as an investment upon which they expect a quantifiable return. Udemy’s courses range in cost from a few dollars to over $250. “When people think about education as a means to economic opportunity, at least, they’re willing to pay for things that have an ability to change their W-2,” he says.

Udemy courses can be rewarding for the platform’s instructors, too. Rob Percival, a former high school teacher in the United Kingdom, has made $6.8 million from a Udemy web development course that took him three months to build. “It got to the stage several months ago where I hit a million hours of viewing that particular month,” he says. “It’s a very different experience than the classroom. The amount of good you can do on this scale is staggering. It’s a fantastic feeling knowing that it’s out there, and while I sleep people can still learn from me.”

To be sure, Percival is an outlier. His course happens to be Udemy’s most viewed offering. But the promise of monetizing their knowledge and experience remains an attractive lure even for instructors who don’t turn to Udemy for their full-time income. More than 20,000 people have uploaded a course to the site.

Some of Udemy’s teachers, however, have run into obstacles, namely claims of content theft. Search a Udemy message board and it’s not hard to find teachers kvetching about bootleg copies of their classes appearing elsewhere on the web, often free of charge. Like Google’s YouTube, Udemy’s business model depends largely on content creators. If they decide the problem is too much to bare and they abandon Udemy en masse, it would seriously damage the firm. “It’s definitely something that we’re aware of,” says Yang. “We work with our instructors across the board. Because, at the end of the day, we want them to be successful, we want them to be happy. This is one of those things that is an unfortunate byproduct of being in anything related to digital content.”

Udemy is not profitable. That could be a challenge as public markets jitter, leading some to wonder when venture capital may begin drying up. Yang says he has felt a shift in the private capital markets since about Labor Day of last year. “The way I’ve seen it manifest itself is that, there’s a certain amount of down rounds and things like that, but it’s a little bit more insidious, it’s much more around ‘Hey, we’re not going to say no, but we’re not going to say yes.’ Things are a little bit stalled out,” he says.

Yang says Udemy still holds the “vast majority” of the money it’s raised over four financing rounds, some $113 million, according to CrunchBase. Yang believes the company will be profitable by the end of 2017 or early 2018. Udemy employs 210 people full-time. “We do not have a plan to raise another round of financing,” says Yang. “We plan to get to profitability and control our destiny over the long run with the current money that we have in the bank.”

A growing number of rival services exist, from Coursera to Khan Academy. But Yang believes Udemy’s strategy of targeting professional users, rather than serving as a replacement or supplement for higher education, will help it stand out. The company has also struck deals with firms from packaged food giant General Mills to gig economy darlings Lyft and Instacart to offer courses through the platform. Another advantage: Udemy’s popularity outside the U.S.—about two-thirds of Udemy’s users log on from elsewhere in the world. The company is embracing that by translating existing courses and offering new ones in local languages, as well as thinking differently about its approach abroad.

“Most of the problems outside the U.S. aren’t really around affordability,” says Yang, speaking broadly of the education field. “It’s much more around accessibility. It’s literally: We don’t have schools, we never built out that infrastructure, we don’t have content, we don’t have instructors. And that’s what we do.” 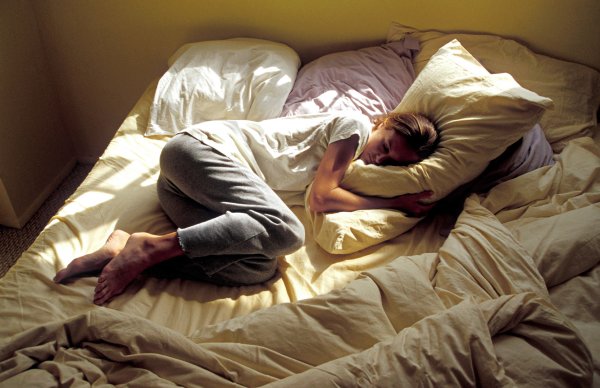 Why Schools Are Struggling to Let Students Sleep In
Next Up: Editor's Pick