Pope Francis waves to the faithful as he arrives at St. Peter's Square for a meeting with members of 'Padre Pio' Prayer Groups in Vatican City on Feb. 6, 2016.
Franco Origlia—Getty Images
Ideas
By Jon O'Brien
Jon O'Brien is the head of Catholics for Choice, a pro-choice Catholic nonprofit.

Much has been made of Pope Francis and his emphasis on mercy and compassion in interpreting church teaching as a breath of fresh air for the Catholic church. The escalating international public health crisis over the Zika virus gives Pope Francis an unprecedented opportunity to put his words into action to help some of the world’s poorest women.

The Zika epidemic has now spread to more than 25 countries in Pope Francis’ home region of Latin America and the Caribbean. This has prompted the World Health Organization to declare it a “public health emergency of international concern”—only the fourth time it has used this designation. WHO predicts up to 4 million cases of the mosquito-borne illness this year. While it is not yet been proven, Zika is thought to cause a birth defect known as microcephaly, which causes babies to be born with abnormally small heads. Brazil alone has seen a surge of 4,000 reported cases of the devastating disability, which can cause severe cognitive and developmental impairment.

With no known treatment for the disorder, health officials in El Salvador have cautioned women in that country to avoid getting pregnant for the next two years. But due to the Catholic hierarchy’s prohibition on modern methods of contraception and its continued political influence, birth control remains difficult to access in El Salvador and many neighboring countries, especially for poor women. The Guttmacher Institute estimates that more than 50% of pregnancies in the region are unintended, which means that many women don’t have the ability to postpone pregnancies even if they wanted to.

Recognizing the futility of recommending women who have no access to reproductive health services not get pregnant, on Feb. 5, the U.N. recommended that Latin American countries “ensure women, men and adolescents have access to comprehensive and affordable quality sexual and reproductive health services and information, without discrimination,” including safe abortion, to fight the epidemic.

Since the church’s prohibition on contraception is wholly political, Pope Francis could lift it if he wanted to. Back in 1963, Pope John XXIII created a papal birth control commission to advise him on lifting the ban on modern forms of contraception. By the time the commission finished its multi-year deliberations, Pope John was dead and Pope Paul VI had succeeded him. The birth control commission told Pope Paul its conclusions: that there was no theological reason the birth control ban couldn’t be lifted, and doing away with the prohibition was more in keeping with the modern realities of marriage. But influenced by hardliners in the Vatican, who feared an erosion of their moral authority, Pope Paul kept the ban in place by issuing the encyclical Humanae Vitae.

Of course, most Catholics around the world use and approve of modern methods of contraception. A global poll of Catholics conducted by Univision in 2014 found that 78% of all Catholics support modern birth control, as did 91% of Catholics in Latin America. In reaction, the leaders of the Catholic church have used their political influence in developing countries and at the U.N. to block access to contraception for the only population they can control—poor women who are largely dependent on publicly funded family-planning programs.

Pope Francis has an opportunity to reverse this injustice when he visits Mexico next week. If Francis wants a church that is truly pastoral rather than political, one that lifts up the poor, he can start by lifting the ban on birth control that falls so harshly on the women of Mexico and Central and South America.

But even lifting the hierarchy’s ban on birth control, while long overdue, won’t be sufficient to meet the needs of women in regions suffering from the Zika epidemic. Public health authorities have recommended additional ultrasound screening for pregnant women, but that can only tell them if their fetus is potentially suffering from microcephaly. What options are available for women infected with the virus who are already pregnant—or will inevitably become pregnant—where abortion is largely criminalized?

In Brazil, the country most affected by the outbreak, abortion is legal only in cases of rape, when a woman’s life is endangered, and in cases of a severe fetal brain malformation known as anencephaly. As a result, there are an estimated 850,000 illegal abortions in the country each year, and some 200,000 women seek treatment for botched abortions. Again, it is poor women who suffer the most at the hands of unscrupulous illegal abortion providers.

While policymakers in Brazil have started to reexamine the strict abortion laws because of the virus, the Catholic hierarchy remains intransigent on the issue of abortion in Brazil, no matter what the circumstance. In 2009, the Brazilian bishops attempted to prevent an abortion for a 9-year-old girl pregnant with twins after being raped by her stepfather. The hierarchy has similarly vowed to oppose any legalization of abortion prompted by the Zika virus, with one local bishop telling the New York Times: “Nothing justifies an abortion.”

But many Catholic theologians, as well as Catholic moral history, would disagree. Progressive Catholic theologians argue that abortion can be justified under a range of situations, such as severe fetal deformity, and that traditional Catholic teaching about conscience gives women the final moral authority over the abortion decision. Catholics themselves widely recognize this moral authority. The Univision poll found that almost two-thirds of Catholics worldwide say abortion should be allowed in some or all circumstances, as did nearly three-quarters of Catholics in Latin America.

What the Catholic faithful recognize is that abortion, like contraception, is part of the continuum of women’s healthcare. As such, the Zika virus is merely highlighting an issue that was critical for Latin American women even before the emergence of the virus. Access to appropriate reproductive health care will remain essential, even if a vaccine or other prevention measures eventually prove successful against the Zika crisis.

Pope Francis has talked about the Catholic church being a field hospital for the wounded. But hospitals provide the care their patients need; they don’t withhold it in an ill-conceived attempt to bend morality to the bishops’ dictates. Now is the time for Francis to show the compassion he preaches and use his trip to Mexico to be a pastoral, not political, pope. 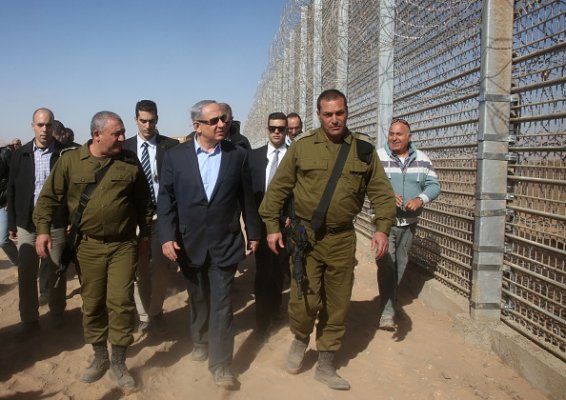 Another Look at the Arab-Israeli Stalemate
Next Up: Editor's Pick