Like many people who watched the Super Bowl halftime show, Katie Holmes wasn’t interested in football—she just wanted to watch Queen Bey slay. The actor told Jimmy Fallon on The Tonight Show on Tuesday night that she skipped the big game for a cooking class and a museum visit with her daughter, Suri, but showed up at a friend’s apartment just in time to see Beyoncé give the live debut of her new single, “Formation.”

“We were just excited, and we joined in as though we were apart of it,” she said. Holmes couldn’t quite replicate Beyoncé’s choreography when Fallon asked her for a little demonstration, but Holmes showed she at least has a knack for imitating the singer’s hair flips and fierce faces, as you can see in the above clip. 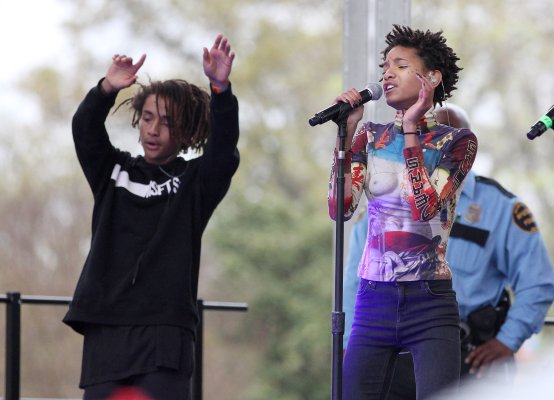 Will Smith Jokes His Hands-Off Parenting of Jaden and Willow 'May Have Gone Too Far'
Next Up: Editor's Pick