In groundbreaking move, the April cover of Germany’s edition of Men’s Health will feature a transgender man.

“I was never a typical girl. As soon as I started thinking, pink was a no-go,” Melzer told NowThis in a video.

“This is me and I’m very happy with the person I became,” he says. “My inside and my outside finally fit and that’s why I’m not at all ashamed to talk about it.”

Which is how he gained the courage to share his story and enter the cover contest.

“Many ask me, ‘Why do you do this, why did you go public and tell your story?’ ” Melzer explains. “But that’s easy to answer. When I was in that situation, I had nobody to talk to, nobody to ask all this questions. That’s what I want to do. I want to give the community a face, stand up and answer those questions for people.

“If there is one person out there I can help, I will succeed.”

Though he lost out on the editor’s choice, he took home the reader’s choice category with over 72,000 votes and was on a special edition cover with the four other finalists. The runner-up had just 23,000 in comparison.

“Life’s been crazy,” Dowling told PEOPLE in September. “I’ve been getting a lot more attention, and it’s a lot more responsibility, actually, being a highlighted voice for the transgender community in the media right now.” 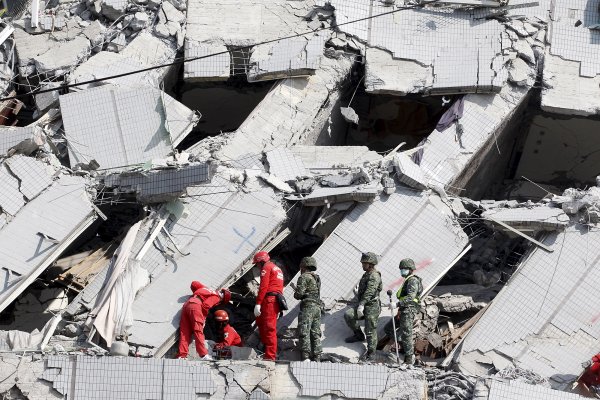 Taiwanese Man Arrested Over Collapsed Apartments
Next Up: Editor's Pick