An ESPN cameraman covers the action during the Barclays Premier League match between Everton and Arsenal at Goodison Park on August 15, 2009 in Liverpool, England.
Michael Regan—Getty Images
By Victor Luckerson

Disney just posted the best quarterly earnings in the company’s history. So why was its stock down more than 4% in after-hours trading? Four letters: ESPN.

The Burbank, Calif., entertainment giant on Tuesday posted earnings of $1.63 per share, or $2.9 billion in total, for the quarter ending Jan. 2, beating analysts’ expectations of $1.45 per share. The massive haul came in large part thanks to Star Wars: The Force Awakens, which has now grossed more than $2 billion globally, not to mention massive amounts of merchandising and licensing revenue. Disney’s movie-studio division made $1 billion in profit all by itself, an 86% increase year over year.

But the world long knew that The Force Awakens was going to be a huge hit, and investors typically don’t reward good news when it’s that predictable. Instead, Wall Street has been zeroing in on Disney’s massive television business, of which ESPN is the crown jewel. The sports network is the most valuable channel on the television dial by a huge margin, earning Disney more than $6 for every cable subscriber that receives it. But it’s also a massively expensive enterprise. ESPN’s costs are in part to blame for a 6% drop in profits at Disney’s TV business, the only of Disney’s four divisions to backslide this quarter.

In an earnings call Tuesday, analysts peppered Disney CEO Bob Iger with questions about ESPN’s fortunes. Iger went on the defensive, arguing that advertising revenue for the sports network was up. He added that ESPN had actually seen an uptick in subscribers in recent weeks too. “This notion that … ESPN is cratering in any way from a [subscriptions] perspective is just ridiculous,” Iger said. “It’s just too popular.” Still, he stopped short of predicting growth in ESPN’s subscriber base in the next quarter.

In order to shore up ESPN’s financials, Disney is planning to get the network into more of the slimmed-down channel bundles that cable operators have begun offering. (Although their cheaper price is often thanks to the lack of ESPN.) The company is also likely to offer the sports network through more Internet-based pay-TV operators as they emerge — Iger said the company’s subscriber base on Sling TV, an online TV service offered by Dish Network, was “growing nicely.” Meanwhile, ESPN’s president has said the network is in talks with Apple to offer sports on the tech company’s long-rumored pay-TV service.

Still, media stocks from Time Warner to Viacom have been hammered recently as investors worry that they won’t be able to translate their traditional TV businesses to equally lucrative digital endeavors. For all its diversification, with theme parks, toy lines and the biggest movie franchise in the world, Disney continues to face the same scrutiny. What happens with ESPN, then, will play a big role in determining the Mouse House’s future. 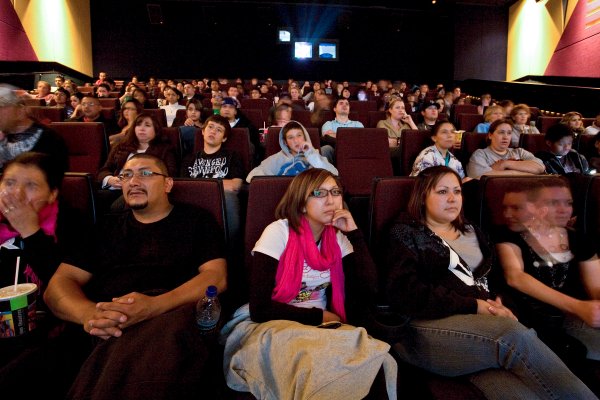 This New App Could Help You Get Cheaper Movie Tickets
Next Up: Editor's Pick