Republican presidential hopeful Ben Carson is leaving New Hampshire before polls close in the state’s primary on Tuesday, his campaign said in a statement.

The retired neurosurgeon is headed to South Carolina “after several stops meeting with New Hampshire voters, supporters and media today,” the statement said. The announcement comes after some of rival Ted Cruz’s supporters allegedly told Iowa caucus-goers earlier this month that Carson was dropping out of the race. Carson had instead left the campaign trail to go home to Florida to “get some fresh clothes.”

“During such a crucial campaign for America’s future, it’s sad to see the press more pre-occupied with dissecting the minutia of his schedule than reporting on his proposals to reinvigorate the country,” Carson’s campaign team said. “As he continues on to South Carolina and beyond, he will do so with a renewed energy from the faith and support of the many great individuals he met across New Hampshire.” 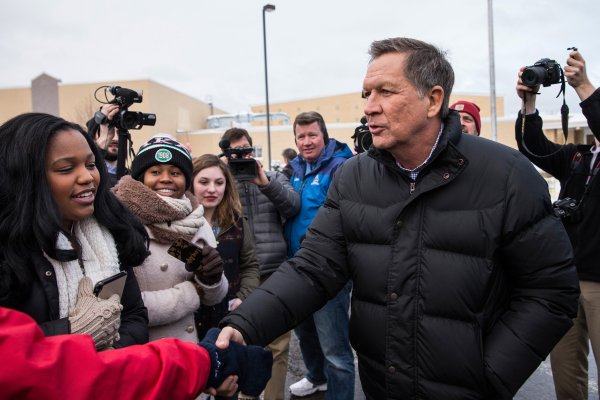 Here's What Google Results Hint About the New Hampshire Primary
Next Up: Editor's Pick