While women are still woefully underrepresented onscreen, 2015 marked a new high for female characters. Led by Inside Out’s Joy, Mad Max’s Furiosa and Star Wars’ Rey, a record number of female heroes hit the big screen last year. An annual study that tracks women’s representation in film found a 10% jump in the number of movies with female protagonists from 2014 to 2015.

The percentage of female characters at the center of the top 100 grossing films leapt from 12% to 22% last year, according to a report by the Center for the Study of Women in Television and Film at San Diego Sate University. It’s a recent historical record: female-led films like Star Wars: The Force Awakens, Inside Out, The Hunger Games: Mockingjay – Part 2, Cinderella and Pitch Perfect 2 all ranked among the top 15 highest-grossing movies in 2015.

The findings denote a modicum of progress in a male-dominated world—after all, 88% of heroes in blockbuster films are still played by men. And even when actresses like Jennifer Lawrence or Charlize Theron do get to headline their own movies, they’re often one of only a handful of women on set. Women accounted for just 33% of all speaking characters in films, a modest increase of 3% from 2014.

For the first time, the study also looked at how many women played antagonists in films. Unsurprisingly only 18% of wicked roles were written for women.

MORE: Why It Matters That Inside Out’s Protagonist Is a Girl — Not a Princess 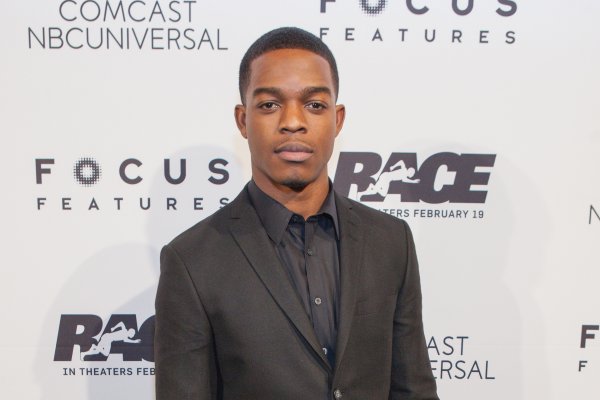 Here's the True Story Behind the Jesse Owens Biopic Race
Next Up: Editor's Pick