As New Hampshirites prepare to vote in their state’s Republican presidential primary, allies of Chris Christie have launched an 11th-hour, “dark money” attack on Marco Rubio.

Mailers sent to New Hampshire residents have criticized Rubio, a U.S. senator from Florida, for not being tough enough on illegal immigration and for utilizing a subsidy under the Affordable Care Act, better known as Obamacare.

As first reported by The Resurgent and Mother Jones, these mailings were paid for by an upstart group called America Needs Leadership.

America Needs Leadership is not organized as a super PAC that must disclosure its donors. Rather, it’s a nonprofit group under sec. 501(c)(4) of the U.S. tax code, which means the group is generally allowed to keep the names of its donors secret.

That designation also means that, by law, the group’s primary purpose must be “to promote social welfare,” not to engage in electoral politics — although it may advocate for or against candidates to a limited degree.

What exactly is the group’s mission? According to its all-but-empty Facebook page, America Needs Leadership wants “a new generation of leaders to step up to move our country forward with strength and resolve.”

Records with the Internal Revenue Service show that America Needs Leadership was awarded tax-exempt status as a “social welfare” nonprofit in December 2015.

America Needs Leadership’s bare-bones website was registered in October 2015 by Kurt Luidhardt, an Indiana-based political consultant at The Prosper Group, a digital agency he co-founded in 2006. Campaigns & Elections magazine has described Luidhardt as “one of the GOP’s top thinkers in online campaigning.”

The other is Leadership Matters for America, a federal political action committee Christie launched last year ahead of his official presidential campaign, paid the firm about $41,000 in 2015.

Meanwhile, IRS records list Virginia-based political consultant Timothy Koch of the firm Koch & Hoos as a contact for America Needs Leadership, the sponsor of the anti-Rubio mailers. According to The Resurgent, the address of Koch’s firm was listed as the return address on the recent mailings to New Hampshire voters.

Koch also serves as the treasurer of the pro-Christie super PAC America Leads, which paid Koch & Hoos about $32,000 last year for accounting and compliance services. The now-defunct presidential campaign of Republican Rick Santorum was also among Koch & Hoos’ clients, according to federal campaign finance records.

Neither Luidhardt nor Koch responded to requests for comment from the Center for Public Integrity.

It’s unclear who’s is funding America Needs Leadership. The mailers sent to New Hampshire voters note that contributions from foreign nationals and government contractors are prohibited. But they also highlight the fact that the group may accept “unlimited contributions from individuals, corporations and other U.S. organizations” and note that America Needs Leadership “does not make contributions to, or coordinate its spending with, any candidates or political parties.”

Why to watch this group

With the emergence of America Needs Leadership as an anonymous attack dog, Christie has become the latest GOP presidential candidate to benefit from “dark money” in the 2016 election.

But he’s not the first.

Secretive groups that don’t disclose their donors are playing a larger role in 2016 than any presidential primary before.

Thanks to the U.S. Supreme Court’s 2010 ruling in Citizens United v. Federal Election Commission, “social welfare” nonprofit groups like America Needs Leadership may spend a portion of their funds directly calling for the election or defeat of federal candidates. That means America Needs Leadership may take on a more direct advocacy role before the 2016 presidential primary is over. 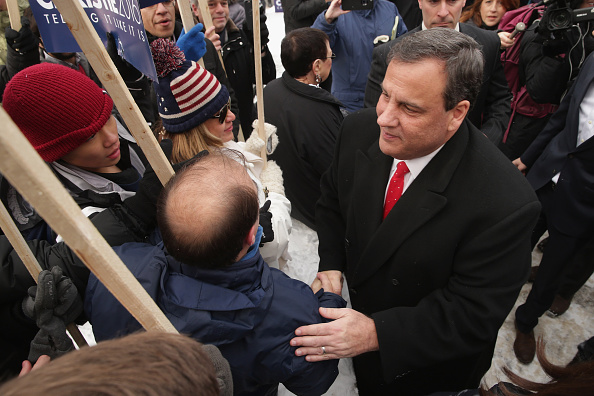