Joshua James has been arrested after allegedly tossing a 3-and-a-half-foot alligator into a Wendy’s drive-thru window. The Jupiter, Fla., resident pulled up to the drive-thru, received a drink from an employee and then threw the reptile into the restaurant, according to a report from the Florida Fish and Wildlife Conservation Commission. The incident occurred in October, but the suspect was only recently taken into custody by U.S. Marshals.

James, who admitted to having picked up the alligator along the side of a road, has been charged with aggravated assault with a deadly weapon, illegally killing, possessing or capturing an alligator, and second-degree larceny petit theft, according to the Palm Beach Sheriff’s Office.

“It was just a stupid prank that he did that’s now turning into this; it’s stupid,” his mother told WPTV. “He’s a prankster. He does stuff like this because he thinks it’s funny.”

During a court appearance on Tuesday, a judge ordered James to stay out of all Wendy’s restaurants, to limit his contact with animals to his mother’s dog, to undergo a mental health evaluation and to avoid possessing any weapons. 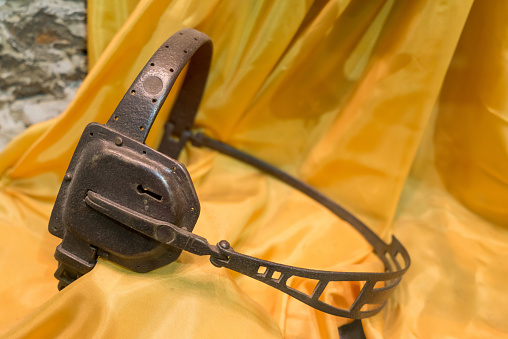 Woman Asks Firefighters to Cut Her Free From Her Chastity Belt
Next Up: Editor's Pick