See the Head-On Collision of 2 German Trains From Above

An aerial view of rescuers working at the site of a train accident near Bad Aibling, Germany, Feb. 9, 2016.
Peter Kneffel—dpa/Corbis
By Andrew Katz

At least 10 people were killed after two trains collided head-on in southern Germany on Tuesday, authorities said, and about 150 others were injured.

Aerial scenes of the crash, near Bad Aibling, showed the mangled cars in a wooded area parallel to a line of ambulances and rescue vehicles. Dozens of rescue workers combed the scene throughout the morning, searching for more survivors amid steel and broken glass.

“This is the biggest accident we have had in years in this region,” police spokesman Stefan Sonntag said, according to the Associated Press. Alexander Dobrindt, Germany’s Tranport Minister, said more time was needed to draw a conclusion about what happened: “We need to determine immediately whether it was a technical problem or a human mistake.” 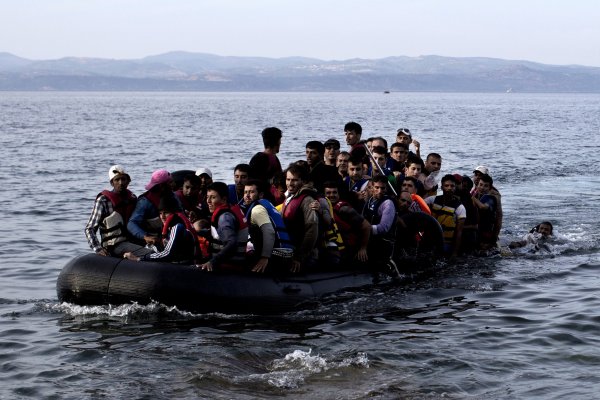 409 Migrants Have Died in Mediterranean in 2016
Next Up: Editor's Pick