Witness the Birth of a Star

A newly formed star lights up the surrounding cosmic clouds in this image from ESO’s La Silla Observatory in Chile. Dust particles in the vast clouds that surround the star HD 97300 diffuse its light, like a car headlight in enveloping fog, and create the reflection nebula IC 2631.
ESO
By Olivier Laurent and TIME Photo

Twinkle, twinkle, little star. Its name is HD 97300 and it’s one of the youngest—but also the most massive and brightest—stars in the Chamaeleon Complex, a cloudy incubator of stars 500 light-years away.

In this new photograph, released on Feb. 10 by the European Southern Observatory and captured by the agency’s La Silla Observatory in Chile, the star illuminates the nebula known as IC 2631, a region that harbors numerous newborn and still-forming stars, says the space agency.

Young stars tend to look brighter than their more mature selves as they “have not yet started to fuse hydrogen into helium in their cores,” says the agency. In this case, the star is so hot that it has ionized the nebulae’s gas, making it emit light of its own—in this case, a mesmerizing ocean blue. 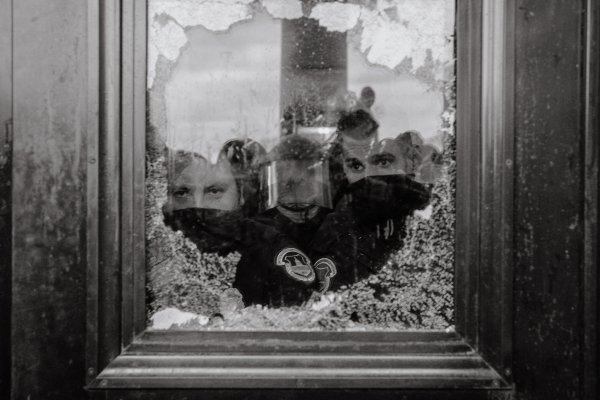 A Photographer’s View Inside the Capitol
Next Up: Editor's Pick