President Obama released his Fiscal Year 2017 Budget on Tuesday, a document that details his policy priorities for not just the coming year, but the nation’s future. It’s a moonshot document to go along with the president’s reach-for-the-stars final year in office. Want proof? Just look at the $4.1 trillion in proposed spending he’s requesting to tackle issues like poverty, climate change and terror threats.

“As I look back on the past seven years, I am inspired by America’s progress—and I am more determined than ever to keep our country moving forward,” Obama’s budget reads.

The President estimates that his budget would stabilize the budget and reduce the deficit by $2.9 trillion in 10 years, but that would mean getting more savings from health care, tax and immigration reforms that are unlikely to happen. About $955 billion in deficit reduction comes from taxes placed on America’s wealthiest individuals and closing tax loopholes that benefit high-income households. Obama’s budget still holds out hope for the long-stalled immigration bill of 2013, the implementation of which the administration says would reduce the deficit by $170 billion over ten years.

The bipartisan budget agreement Congress and the president reached at the end of last year was a step in the right direction, Obama says, given the significant lift of sequestration cuts and investments. His 2017 budget proposal budget continues to lift spending above sequestration, mandatory cuts in spending put in place to get the economy back on track, while implementing proposals Obama believes will spur more growth.

He tackles poverty and clean energy, while increasing spending to fight the Islamic State terrorists through the U.S. led coalition abroad. But while $11 billion would be directed toward the Department of Defense to tackle ISIS, $19 billion would be geared toward fighting cyber security threats. A great deal of spending, $152 billion worth, would be for investments in research and development on issues from cancer to water infrastructure to space. Obama’s priorities also remain focused on providing “opportunity for all” through programs like Head Start and job training, while also setting aside $5.5 billion to help young Americans get their first job. Investments in mental health and tackling the opioid epidemic are touted as efforts to help Americans “thrive” in the 21st century economy.

But in all, the budget again reflects the vision of the president rather than the realities of the political climate in Washington.

President Obama’s 2016 State of the Union address was shy on policy proposals. He spent the bulk of his last annual address to the U.S. Congress painting a rosy picture of the present and future state of the country. His remarks stood in contrast to the pessimistic view of the country Republicans have espoused on the 2016 campaign trail in an effort to drive home his argument that Democrats are paving the best path forward for the country.

Fast forward to Tuesday, the release of the President’s final budget proposal, a document his administration has been previewing in bits and bites over the past several weeks. The White House announced proposed investments in fighting climate change and child hunger and retirement savings and job training. Obama is seeking $3 billion to update the nation’s IT infrastructure. The President wants $1 billion to fight cancer and another $1 billion to reverse the trends in opioid dependence. Budgets of the past have been written off as political documents with little to know chance of passing Congress, despite the Administration’s insistence that many of their proposals already have bipartisan support from lawmakers. This budget is no different.

Already, Congressional Republicans have signaled their disapproval for Obama’s final budget document, particularly a proposal that would tack on a tax of $10-per-barrel on oil bought by oil companies in order to fund infrastructure and clean transportation programs. Speaker of the House Paul Ryan released a statement last week blasting the budget, asking mockingly if the president will make it “eight-for-eight,” meaning that his budgets have not gotten support from Congress over his past eight years in office. “If the last seven years have taught us anything, it’s that we can expect more of the same: more spending, more debt, and more taxes that will dampen economic growth and burden future generations,” Ryan said in a statement. Republican leaders have also decided against allowing the Director of the White House Office of Management and Budget to present the president’s case at Congressional hearings this week.

Yet, the White House remains optimistic. Senior administration officials said Tuesday this year’s budget is proof that the Obama Administration isn’t going to shy away from proposing solutions they feel will propel the country forward, even as the president’s lame-duck year rolls on. 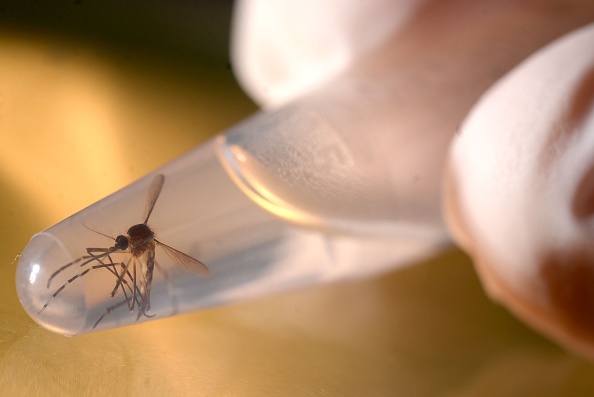 Obama Wants $1.8 Billion to Fight Zika
Next Up: Editor's Pick