Gloria Steinem's Got Feminism All Wrong

This election cycle’s chief theme has been the triumph of outsiders and outsider views over the establishment. High-profile Hillary Clinton supporters, including feminist icon Gloria Steinem and former Secretary of State Madeleine Albright, have added more fuel to that fire by suggesting that young women should be voting for Clinton just because she’s a woman. Albright has said “there’s a special place in hell” for women who don’t support other women. And Steinem suggested that young women weren’t supporting Hillary because their boyfriends weren’t: “When you’re young you’re thinking, where are the boys? The boys are with Bernie.”

It pains me to say it, because I look up to both of these women and their tremendous accomplishments, but they are totally wrong. I can’t think of anything less feminist than suggesting that women should vote for a woman because of her gender alone. It’s an outdated (and establishment) way of thinking about gender politics. (Steinem later walked some of her comments back.)

It’s true that Clinton has done a lot for women’s issues at home and abroad. As Secretary of State, her efforts to empower women in conflict areas as part of economic statecraft in particular were creative and effective. That’s certainly worthy of respect. But Bernie Sanders also speaks to the biggest issues that many women, particularly young women, worry about right now: decreasing social mobility and a lack of opportunity in a country dominated by big-money politics. I’m going to go out on a limb here and say I think that’s a bigger meta worry in our economy right now than the pay gap. (And let me pre-empt critical tweets by saying of course we need to close that gap too.)

It’s telling that many of the female voters now toting “Women for Bernie” signs or pushing #NotHereForBoys up the Twitter trend charts are young. Bernie does well with both young female and male voters because he’s speaking to their deepest existential worry: the complete breakdown of America’s social compact. These young people have entered the workforce while companies and government alike are pushing more and more economic responsibility onto individuals. We pay for more of our own health care, our own retirement savings, we have almost no job security and will undoubtedly have less in the future. Many labor economists define “working class” not by a sheer salary figure, but by job security and stability, too. By that definition, more and more of us will be working class in the future.

Voters look around and see that establishment candidates have done very little to address that issue as it has grown over the past 40 years. That’s why Bernie is so popular. And that’s a more important social issue in this election than a misplaced idea about where feminist loyalty should lie. 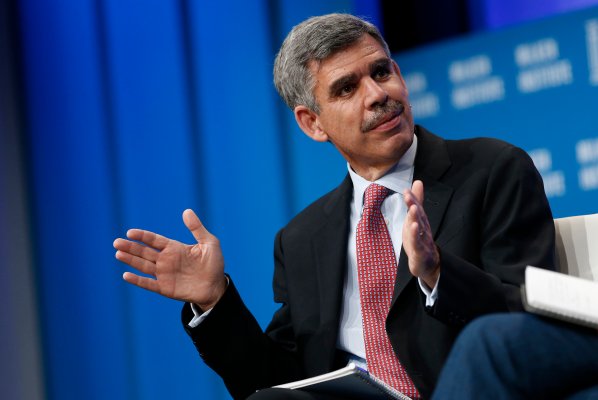 The One Economic Book You Must Read Now
Next Up: Editor's Pick