A man who says he was tortured in a Syrian prison is pictured in Hatay, Turkey, on March 29, 2014
Cem Genco—Anadolu Agency/Getty Images
By Simon Lewis

U.N. investigators say they have collected evidence of widespread torture and execution of detainees by the regime of Bashar Assad and several antigovernment armed groups fighting in Syria, and that these acts amount to crimes against humanity.

In a report to the U.N. Human Rights Council, published Monday, the Independent International Commission of Inquiry on the Syrian Arab Republic detailed the findings of an investigation over more than four years, which included hundreds of interviews with former detainees, family members of the deceased, and former regime functionaries.

“Massive and systematized violence — including the killing of detainees in official and makeshift detention centers — has taken place out of sight, far from the battlefield,” a summary of the report said.

“The government has committed the crimes against humanity of extermination, murder, rape or other forms of sexual violence, torture, imprisonment, enforced disappearance and other inhuman acts,” it added. “Based on the same conduct, war crimes have also been committed.”

The report said executions and mistreatment of prisoners were also common among rebel groups, naming the al-Qaeda-linked Jabhat al-Nusra and the Islamic State of Iraq and Greater Syria (ISIS) — both of which, the report said, had committed torture and summary executions of enemy combatants.

The report comes after U.N.-mediated peace talks in Geneva were suspended last week with no agreement reached on how to bring to an end the long-running conflict, which is estimated to have killed 250,000 people and sent nearly 5 million Syrians overseas. It will be discussed at a Human Rights Council session beginning Feb. 29.

“Accountability for these and other crimes must form part of any political solution,” the report states. “The situation of detainees is critical, and represents an urgent and large-scale crisis of human rights protection. Urgent steps must be taken by the Syrian Government, armed groups, external backers, and the wider international community to prevent further deaths.” 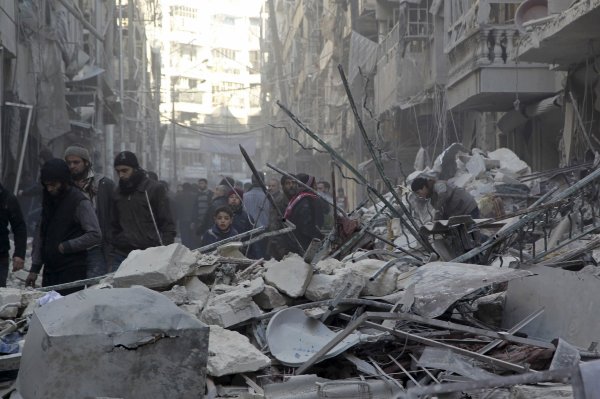 Syrian Regime Hits Turning Point in War Against Rebels
Next Up: Editor's Pick