Hillary Clinton said she plans to “take stock” on her campaign following what is anticipated to be a loss in New Hampshire on Tuesday, though she said she’s “very confident” and “very committed” to her staff.

The comments followed a Politico piece citing anonymous sources claiming that both Hillary and Bill Clinton were unhappy with how the campaign was going and that they were looking to “shake up” the staff after New Hampshire.

Clinton staff pushed back hard against the report. “There is zero truth to what you may be reading. It’s wrong. Hillary stands behind her team, period,” tweeted John Podesta, Clinton’s campaign chair.

“Campaigns are normally assessed on how they’re doing at various points,” David Brock, who runs several outside groups that work with the campaign to promote and defend Clinton, told TIME in an interview.

But the reports were reminiscent of 2008, when the Clinton campaign was hobbled by campaign staff litigating disagreements in the press through anonymously sourced stories like the Politico one. The vast majority of Clinton’s team this time around is made up of former Obama campaign and White House alums. Leaking was a relatively rare issue for Obama.

The Politico story says that many of Clinton’s current staff are frustrated by both Clintons’ continued reliance on old friends and counsels such as Virginia Gov. Terry McAuliffe, Sidney Blumenthal, branding expert Roy Spence and even—in the case of Bill—pollster Mark Penn, who many blame for Clinton’s losing 2008 bid. Even if Clinton’s campaign staff doesn’t leak, it’s clearly impossible to control all the external players in Clintonland, a symptom of working for a couple who’ve been in power or powerful for more than 30 years.

But in 2008, fundraisers were revolting at the way the campaign was being mismanaged and many jumped ship to Obama or at least began hedging their bets. This time, there is no such fundraiser unhappiness—not, at least, at the same levels as was seen in 2008. Few seem to be jumping ship or even considering hedging their bets with rival Bernie Sanders.

Also, in 2008 Clinton’s path to the nomination was thrown into doubt by Obama’s surge. Despite his likely win in New Hampshire, Sanders is still considered a longshot for the nomination given his lack of appeal with minorities and blue collar Democrats. 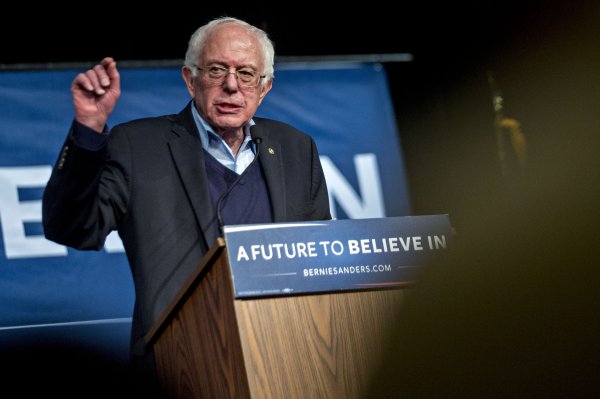