How Donald Trump and Bernie Sanders Can Lose by Winning

O.K., so let’s get this out of the way: I have absolutely no idea what’s going to happen Tuesday … and neither does anyone else. The polls here in New Hampshire are weird and unreliable. It’s been Super Bowl weekend: Peyton Manning for President. It’s snowing, beautifully, tonight — but also, a lot. Suddenly, I have had a weird thought: What if Bernie Sanders and Donald Trump win, but not by a lot, and therefore “lose”? This is a far more perilous situation for Sanders: if he wins by less than 10 points, Hillary Clinton will do the Comeback Kid routine, declare victory and get out of Dodge.

The polls so far, showing Sanders with double-digit leads have helped frame the Clinton scenario perfectly. As for Trump, many of his voters are new to the game, and many of them are fickle independents, and if it keeps snowing, they may not show up. If he’s down in the mid-20s, that means his opponents will be, at the very least, in the high teens — if someone cracks 20%, given what we’ve seen in the polls so far, they will “win” the way Marco Rubio won the expectations game in Iowa.

But that’s just speculation. Here are some things I’ve actually seen in New Hampshire this past week:

Donald Trump is acting presidential. He is not slagging his opponents, or Mexicans, or Muslims, or women or the differently abled anymore. This is disastrous for him. As I’ve spoken to Trump supporters in Iowa and here, the one thing they all say is that they love his political incorrectness. “I really like what he says about the Arabs,” one supporter told me. “He talks like we talk.” Which is nothing to be proud of — but it’s the root of his freaky appeal. When he doesn’t distinguish himself by being obnoxious, he doesn’t distinguish himself at all. He hasn’t distinguished himself from just-another-politician in New Hampshire.

Marco Rubio — Oh dear. Chris Christie tromped all over his head in the Republican debate, leaving him a smashed animatronic doll, repeating mindlessly, “Barack Obama knows exactly what he’s doing … Barack Obama knows exactly …” This is very embarrassing. Rubio has showed up to his events ever since with a deer-in-headlights look — and the animatronic trope is both fair and unfair. Rubio has been far too machine-tooled in this race — and some of his positions, especially his hard-line Likudnik stand about Israel, and the Iran deal (“Rip it up!”), and the other stations of the cross in the Sheldon Adelson primary, have been embarrassingly simplistic. But he does know some stuff: I watched him do a town meeting at BAE, a defense contractor, this morning and he was extremely well versed, talking about how we needed an extra aircraft carrier from January to March in the Asia-Pacific region each year because of scheduled maintenance rotations … and there’s the “9-dash” line on Chinese passports, which presumes a China that includes territory that China doesn’t actually include. He can also, believe it or not, be spontaneously funny. He’s looking more like the guy who nervously gulped water during his State of the Union response a few years ago, glassy-eyed in his corner after having been knocked out by …

Chris Christie — As I’ve written before, any elected official who says “Get the hell out of the water” when a hurricane is coming, has an eternal place in my heart. The fact that he is a stone Mets fan only solidifies my admiration for the guy. But the big surprise is watching him work a crowd: he’s brilliant, creative and funny. He’s also substantive — and he’s right about Rubio’s lack of experience when it comes to making meaningful decisions. His assault on Rubio in the debate probably didn’t do him all the much good, but his colleagues — especially Jeb Bush and John Kasich — should be eternally grateful. If he doesn’t go on to win this thing, he’ll be first in line to be the Attorney General in a GOP administration. He also had the best line of the day Monday. A young woman asked his position on social issues (a euphemism for abortion) and he told her he was pro-life, but that wasn’t the only issue. And he said issues weren’t the only way to judge a candidate, there was also character. “If you meet a guy who says he agrees with everything you say, what’s really happening?” He asked. “He’s just trying to date you.” (A euphemism for you know what.)

John Kasich — It’s impossible not to like John Kasich. He’s just a terrific guy and very smart, and gutsy — if a bit goofy sometimes. Former New Hampshire Congressman Charlie Bass told a great Kasich story at a rally in Concord on Sunday: They were both young Congressmen. Kasich was the leader of the House budget committee and he was as avid about cutting the Pentagon’s budget as he was about cutting domestic spending. Specifically, he wanted to cut funding for the B-2 bomber, which was no longer necessary after the Soviet Union collapsed. He and Bass took the proposal to the Republican caucus, which throttled them, speech after speech about how stupid an idea this was. Bass, worried, approached Kasich who turned to him and said, “Ain’t this livin’?” It took a few years, but Kasich eventually won that fight. And he eventually won his beloved balanced budget as well. He’s always been a happy warrior; he’s gained a devoted following in New Hampshire. He has some respected New Hampshire figures — former state attorney general Tom Rath, former Senator John Sununu Jr. — running his get-out-the-vote operation. We’ll see how far that takes him.

Jeb Bush has been late to this party. But he’s here now, with two strong debates in a row under his belt and attacking Trump full throttle. The others have avoided this, hoping — fantastically — that they may draw some Trumpians to their cause. This is entirely foolish: most Trump voters will vote for Trump or not vote. Bush is — and O.K., I’m a sucker for this — the wonkiest of the Republican candidates, which even now, too often gets the better of him. He has multiplied the number of simple declarative sentences in his stump speech and he has come up with a term — “a leader with a servant’s heart” — that is not only lovely but accurate, so far as I can tell. But he is not a natural politician like Christie, who is always about making the sale. Ask Bush about veterans, and he’ll really tell you about the problems with the Veterans Administration. Like Kasich, his campaign has people who know how to get out the vote … We’ll see if he has revived himself too late.

Ted Cruz has done the functional equivalent of killing Bambi’s mother by spreading the false rumor on the day of the Iowa caucuses that Ben Carson, his rival for evangelical votes, was dropping out of the race. What would Jesus say? In any case, there aren’t very many evangelicals in New Hampshire, and Cruz has been an oddly passive presence in the race this week. He’ll get his votes, but he’ll be an afterthought here.

Ben Carson — the Cruz rumor about him dropping out of the race probably should have been true. It is time for a dignified exit, as it is for Carly Fiorina.

Finally, I can’t wait to be proved wrong about all this Tuesday. Finally, an actual election! (Caucuses don’t count.) 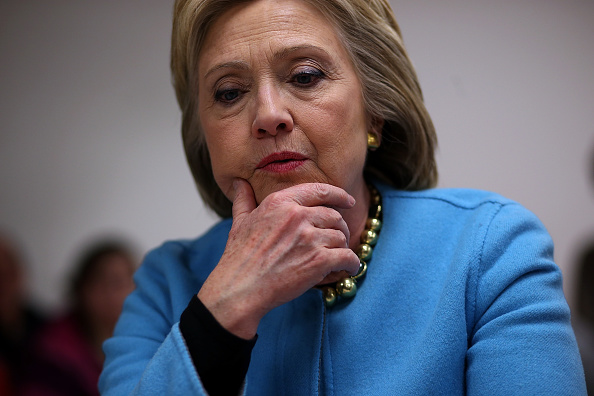 Clinton to 'Take Stock' of Campaign Post New Hampshire
Next Up: Editor's Pick