The wife of an Islamic State of Iraq and Greater Syria (ISIS) leader has been charged in the death of American Kayla Mueller, the Department of Justice announced on Monday.

Iraqi Umm Sayyaf, 25, is accused of supporting ISIS members, including her husband, Abu Sayyaf, in a “conspiracy to provide material support to a designated foreign terrorist organization,” according the the Justice Department. The conspiracy resulted in Mueller’s death, officials said.

Mueller was kidnapped in Syria in August 2013, and was eventually taken to into the Sayyafs’ custody along with several other captives at various residences beginning in September 2014. Mueller was reportedly sexually abused by ISIS leader Abu Bakr al-Baghdadi while under Umm Sayyaf’s watch. Sayyaf was aware of this abuse, and told her captives that she would kill them if they didn’t obey her. Mueller died in February 2015.

In May 2015, Abu Sayyaf was killed in a U.S. operation and Umm Sayyaf was captured. She is now being held in Iraq on charges related to terrorism.

“We fully support the Iraqi prosecution of Sayyaf and will continue to work with the authorities there to pursue our shared goal of holding Sayyaf accountable for her crimes,” said Assistant Attorney General John P. Carlin. “At the same time, these charges reflect that the U.S. justice system remains a powerful tool to bring to bear against those who harm our citizens abroad. We will continue to pursue justice for Kayla and for all American victims of terrorism.” 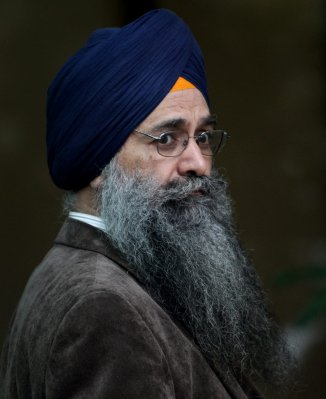 Perpetrator of 1985 Air India Bombing Freed
Next Up: Editor's Pick