Anti-Vaxx Websites, We’re Onto You

Anti-vaxxers get a bad rap in this country.

Any parent voicing even the slightest concern about vaccinating a child is lumped in as a member of an inglorious club: “the anti-vaxx movement.” The news media castigates them, other parents shun them and the medical community can’t understand them.

The reality is more complex.

Sure, a very small percentage of parents refuse all vaccines for their children. And there are people and organizations that flatly and loudly assert, falsely, that vaccines are dangerous. But most parents are simply trying to do what’s best for their children in a world saturated with information and misinformation. They just want to protect their families. These are the people who deserve our sympathy, not our ire.

The anti-vaxx messaging—however misguided, however misleading—resonates with them. As a result, an increasingly alarming number of parents are opting out of routine vaccinations for their children. Every day, more kids are being exposed to once-tamed vaccine-preventable diseases like measles and whooping cough.

To understand how concerned parents could be persuaded not to vaccinate their children, a team of researchers at San Diego State University and I conducted a deep dive into 480 anti-vaccine websites to analyze their tactics and assess their methods. The picture that emerged from these sites—from Natural News to Mercola to Think Twice—is at once bracing and informative: Anti-vaccine websites leverage an arsenal of powerful and persuasive tactics to manipulate people into believing vaccines are dangerous.

Predictably, these sites appeal directly to people who are interested in choice, personal freedom and the ability to make their own informed decisions — all valiant ideals. “Natural treatments” and “homeopathic remedies” are held high and offered up as bona fide vaccine alternatives. Yet in the end, these sites betray those who visit them.

Here are a few key findings from our research:

Any sense of measured discourse is nearly impossible to find on anti-vaccine websites, as the volume and vitriol of the most ardent anti-vaxxers consistently drowns out reason—and science. Mark Zuckerberg’s personal Facebook post last month—a photo of his two-month-old daughter about to be vaccinated—is a case study in this alter-world.

We know that the majority of parents in the U.S. do just what Zuckerberg and his wife Priscilla Chan did: They inoculated their child against disease. But the founder of the largest social network in the world became the latest bulls-eye on the anti-vaccine movement’s target range. Zuckerberg and his wife (who is a pediatrician, by the way) were ridiculed for endangering their daughter’s health. The supporting arguments were laced with junk science and indicted everyone from Big Pharma to the CIA.

The fact that this couple’s sensible decision can ignite a “controversy” illustrates the alarming reach—and dangerous effectiveness—of the anti-vaccine movement.

From a public-health perspective, this all matters greatly. We must understand this reticent population of parents, and what messages will reach them, if we are to change the trajectory of the anti-vaccine movement. Although science overwhelmingly demonstrates both the safety and effectiveness of vaccines, the scare tactics employed by anti-vaxx outlets have perversely put their false information on equal footing. This makes them appear legitimate and allows them to play a critical role in informing vaccine decisions.

So why not just fire back with educational material with real data? It’s not that easy. A study published in 2014 in the journal Pediatrics showed that “some pro-vaccine messages may do more harm than good” with vaccine-hesitant parents because people interpret evidence through their own biased lens. In fact, the study participants who were most skeptical of vaccines became even more skeptical as they received additional information in support of vaccines. This “boomerang effect,” as some refer to it, is real.

So the challenge is this: Health care providers and public health officials need to find ways to break through this fog of misinformation by appealing to the people whose minds can be changed. By taking a page from the anti-vaxxers’ playbook and explaining that smart vaccine decisions are likewise linked to important values — choice, freedom and individuality — we can recast this conversation.

We can use a variety of approaches, whether anecdotes or hard statistics, to convey the science. We can also work harder to build greater trust. Transparency is a foundation of sound science, and we should seek to make complex research more accessible. We can talk about the diseases, too — not to heighten fear, but to bring awareness to the misery that stalked whole populations in the pre-vaccine era. These steps can establish vaccines as safe and essential, and those advocating for them as trusted and informed sources. We need to find a balance between a cold presentation of science and an overheated rebuttal to the angry voices.

Some of my colleagues at Johns Hopkins and others at Emory University are in the early stages of doing just this, through a program that presents tailored vaccine education materials to parents and trains physicians in effective vaccine communication. Though science has long been on our side, communicating scientific truths is our next frontier. 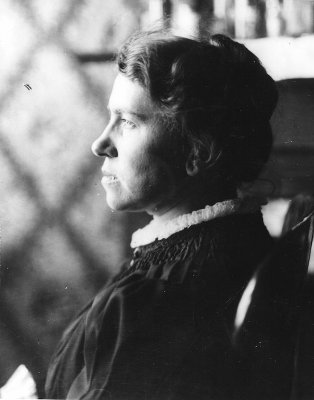