What the Flint Crisis Reveals About Inequality in the U.S.

Army National Guard Spc. Terence Burse carries bottled water out to the car for a resident in Flint, Mich., on Feb. 7, 2016.
Sarah Rice—Getty Images
Ideas
By Justin Talbot-Zorn and Michael Shank
Justin Talbot-Zorn is founder of Upaya Strategies and Michael Shank is an adjunct professor at NYU’s Center for Global Affairs and GMU’s School for Conflict Analysis and Resolution.

On Sunday, Hillary Clinton took leave from the New Hampshire campaign trail to address to a local church in Flint, Mich. Just a few days earlier, Bernie Sanders announced that he will become the first presidential candidate from either party to locate his Michigan primary campaign headquarters in the city of Flint. It was also announced last week that Clinton and Sanders will face each other in a debate in the city two days before Michigan residents head to the polls.

In focusing squarely on Flint’s water crisis, the Democratic candidates have rightfully decried the disaster as a poignant illustration of national challenges including racial bias, economic austerity and declining faith in public institutions. Yet the crisis in Flint is also perhaps the most powerful illustration of another overarching issue the Democratic hopefuls have focused on in Iowa and beyond: inequality.

More than five years after the Occupy Movement’s rise, Americans have a better understanding of the scale and severity of our inequality problem. Globally, 62 of the richest individuals have as much wealth as the bottom half of the world’s population. Nationally, the 400 richest Americans have as many assets as the bottom 80 million, and 95% of the economic gains since the great recession have gone to the top 1% of U.S. asset-holders.

These data, however, don’t penetrate American hearts and minds like footage from Flint. While the numerical statistics on inequality depict the scale of our disparities—and the ways those gaps impede overall job growth, economic resilience and social mobility—Flint’s orange-colored and lead-laden tap water is more tangible and telling.

The crisis in Flint viscerally illustrates the fact that disparities in wealth equate to disparities in basic health, nutrition and cognitive functioning—all of which undermine individuals’ and communities’ long-term productivity, cohesion and happiness. While most Americans understand now that less wealth means less access to education, stability and opportunity, Flint makes the deeper long-term consequences of inequality crystal clear.

Disparities can lock-in poverty for decades, or even generations, by stifling early childhood development and the nutritional essentials for healthy adulthood. The effects of lead on young children, for example, have been well documented: learning difficulties and lower IQ, slower growth and anemia, hyperactivity and difficulty paying attention. The World Health Organization has called the impacts “untreatable and irreversible.”

Because the developmental impacts of lead poisoning often take years or even decades to emerge, the impacts are hard to measure. But we can imagine the compounding effects and the adverse impacts on community development, individual earning potential and even political power. As Dr. Mona Hanna-Attisha, Flint’s whistleblower put it: “If you were going to put something in a population to keep them down for generations to come, it would be lead.”

But Flint is not the only place where lead is keeping people down. The problem of lead poisoning is pervasive in America’s inner cities, from New Orleans to Washington, D.C., to New York. Levels of lead in the soil in D.C.’s historically low-income Stadium Armory neighborhood, for example, were found to be nearly 10 times the accepted safety standard of other rich, developed countries (e.g. Norway). Baltimore, which suffers some of the nation’s worst inequality, also has its own lead bias: The percentage of black households with dangerous levels of lead has increased, while the percentage of white households has decreased. And in the poor neighborhoods of both D.C. and Baltimore, antiquated housing’s lead paint chips remain a serious hazard for kids.

But lead isn’t the only artifact of inequality that’s locking in poverty. Concentrated polluting industries in Baltimore have, for decades, correlated strongly with low-income neighborhoods and low-educational attainment. In New York City, excessive moisture in Housing Authority buildings, which house more than 400,000 city residents, have resulted in severe problems with toxic mold, which causes not only asthma but also chronic fatigue and a range of potential cognitive impairments. No matter the city, the connection between income inequality and its accompanying health inequalities (and cognitive and developmental inequalities) is clear.

Environmental inequality is a potent and pervasive threat to opportunity in America. From mountaintop mining that decimates and contaminates the local air and water supplies of poor rural communities in Appalachia, to the disadvantaged communities that suffer the noxious and poisonous byproducts from discarded toxic technology, coal or chemical plants, and oil refineries, the problem is deep and wide.

But there’s hope: Flint can serve as a national wakeup call to the fact that we need to properly monitor, regulate and remediate. We also need to increase access to nutritious food, quality healthcare and excellent education. That’s because these inequalities compound each other. The absence of nutritional ­necessities in food deserts like Flint­ increases vulnerability to environmental risks like lead or toxic mold, and the absence of access to quality education preys on the cognitive impacts from lead or mold.

Inequality is not a passive economic trend. It’s a full frontal assault on America’s most vulnerable, and the answer isn’t simply more funding. It’s more integrated and holistic thinking about addressing the nutritional, environmental and educational dimensions of poverty. In the wake of the Flint crisis, we need to elevate environmental justice, nutrition and other long-term determinants of wellbeing within the conversation on inequality. This point should actually resonate with the right. While many Republicans have dismissed inequality as “the politics of envy,” some, including Marco Rubio, Rand Paul, and Paul Ryan have come around to talking about it, precisely because they and their supporters have been confronted with incontrovertible links to social mobility and intergenerational poverty.

In a post-Flint America, any agenda to provide “equality of opportunity” needs to address the vast disparities in access to clean air and water. Inequality isn’t just how much money people are making; it’s also what people are breathing, drinking and eating. “Life, liberty, and the pursuit of happiness” are only possible when the most basic biological needs are met. 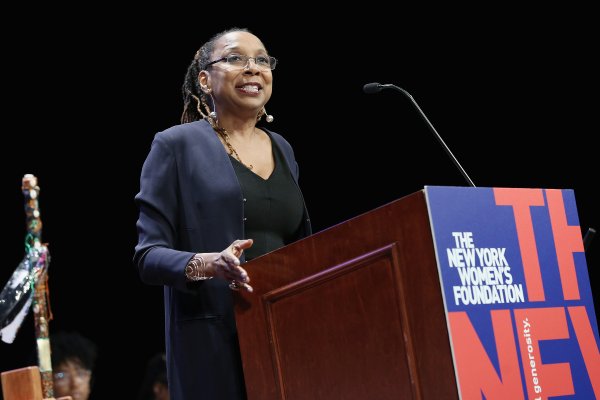 Why All Inequality is Not Created Equal
Next Up: Editor's Pick