Valentine's Day Backlash Is Older Than You Think

The origin stories for Valentine’s Day abound, from the Roman fertility festival of Lupercalia to the tale of the martyred St. Valentine, but those stories omit the approximately 1,500 years since. How did we get from rowdy Romans trying to have babies to modern Americans spending billions of dollars each year on cards and chocolate?

Valentine’s Day has a well-deserved reputation for being excessively commercial; the National Retail Federation estimates that people in the U.S. will spend $19.7 billion for this year’s holiday, with $1.1 billion going to cards. But despite the big budget sensation, it’s not actually a so-called “Hallmark holiday,” invented merely to move merchandise. Its roots as a romantic occasion for lovers are more than 600 years old.

Chaucer’s late 14th century poem Parliament of Foules mentions Valentine’s Day as the time when birds selected their mates, though not all scholars agree he was necessarily referring to our Feb. 14 date. Another oft-cited early reference is from the French Duke of Orleans’ poems to his wife, written while he was imprisoned after the battle of Agincourt in 1415. In one he writes “I am already sick of love, My very gentle Valentine.” Even Shakespeare got in on it: in Hamlet (written around the turn of the 17th century) Ophelia sings, “Tomorrow is Saint Valentine’s day, All in the morning betime, And I a maid at your window, To be your Valentine.”

And Valentine’s Day wasn’t just for poets: In February of 1477, Margery Brews of Norfolk, England sent a letter to her fiancé John Paston calling him “my right well-beloved valentine.” The letter survived, and is now part of the British Library’s collection, where is is currently the oldest known Valentine written in English.

But, along with that romance, the commercialism—and backlash—are also older than you’d expect.

By the 18th century, the tradition of sending poems between lovers or sweethearts was so established that a volume called The New English Valentine Writer, or the High Road to Love; for both Sexes. Containing a Complete Set of Valentines was published in London. It offered a variety of love poems appropriate for all sorts of writers and recipients.

The tradition of sending Valentines didn’t become firmly entrenched in the U.S. until the 1840s. The holiday grew in popularity during the decade as stationers began to advertise their valentines in newspapers, which then also wrote about the customary practices of St. Valentine’s Day. Esther Howland of Worcester, Mass., became one of the most well known of these early Valentine’s Day card manufacturers for her creations featuring paper lace.

Fall in Love With These Vintage Valentine's Day Cards 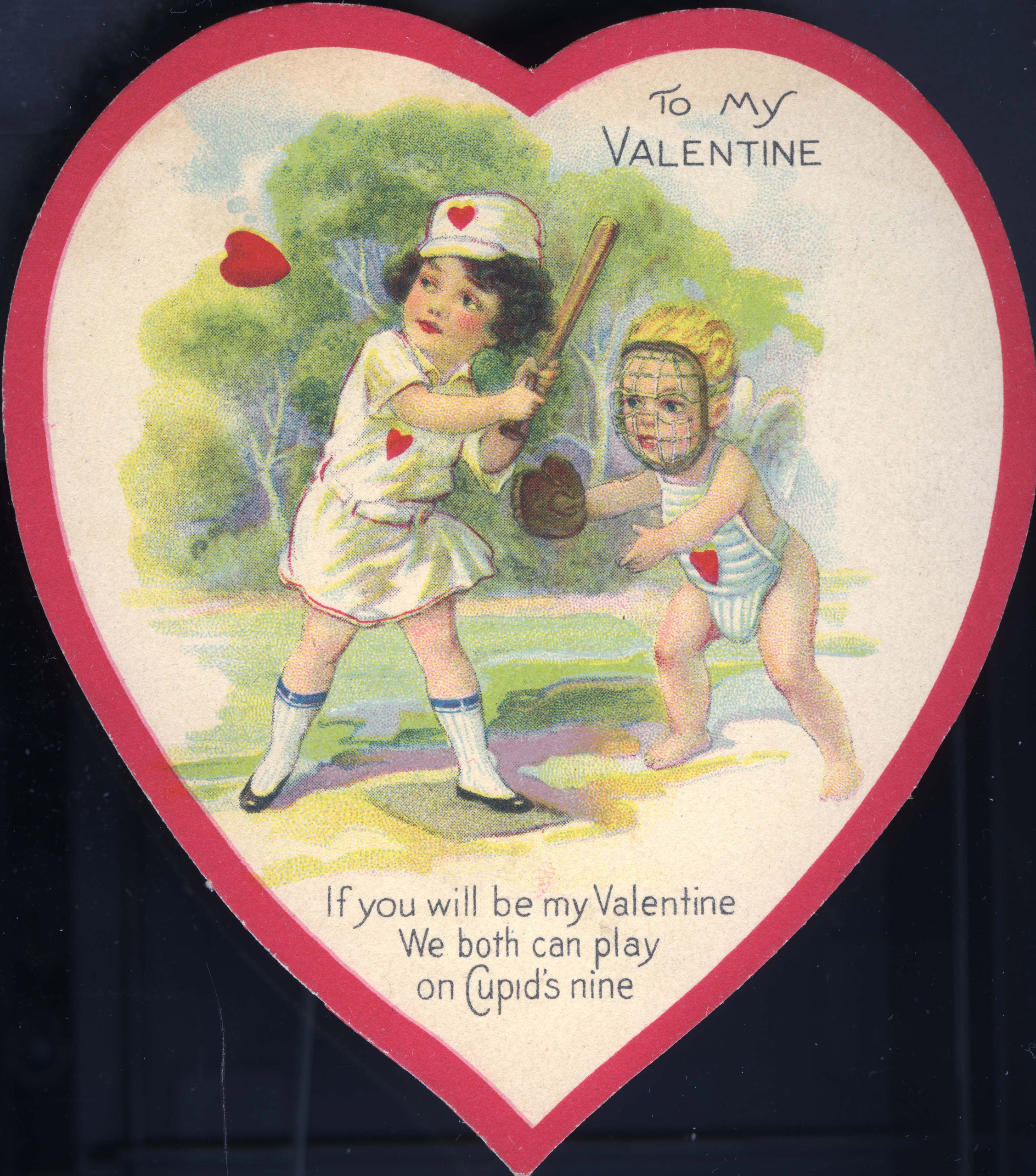 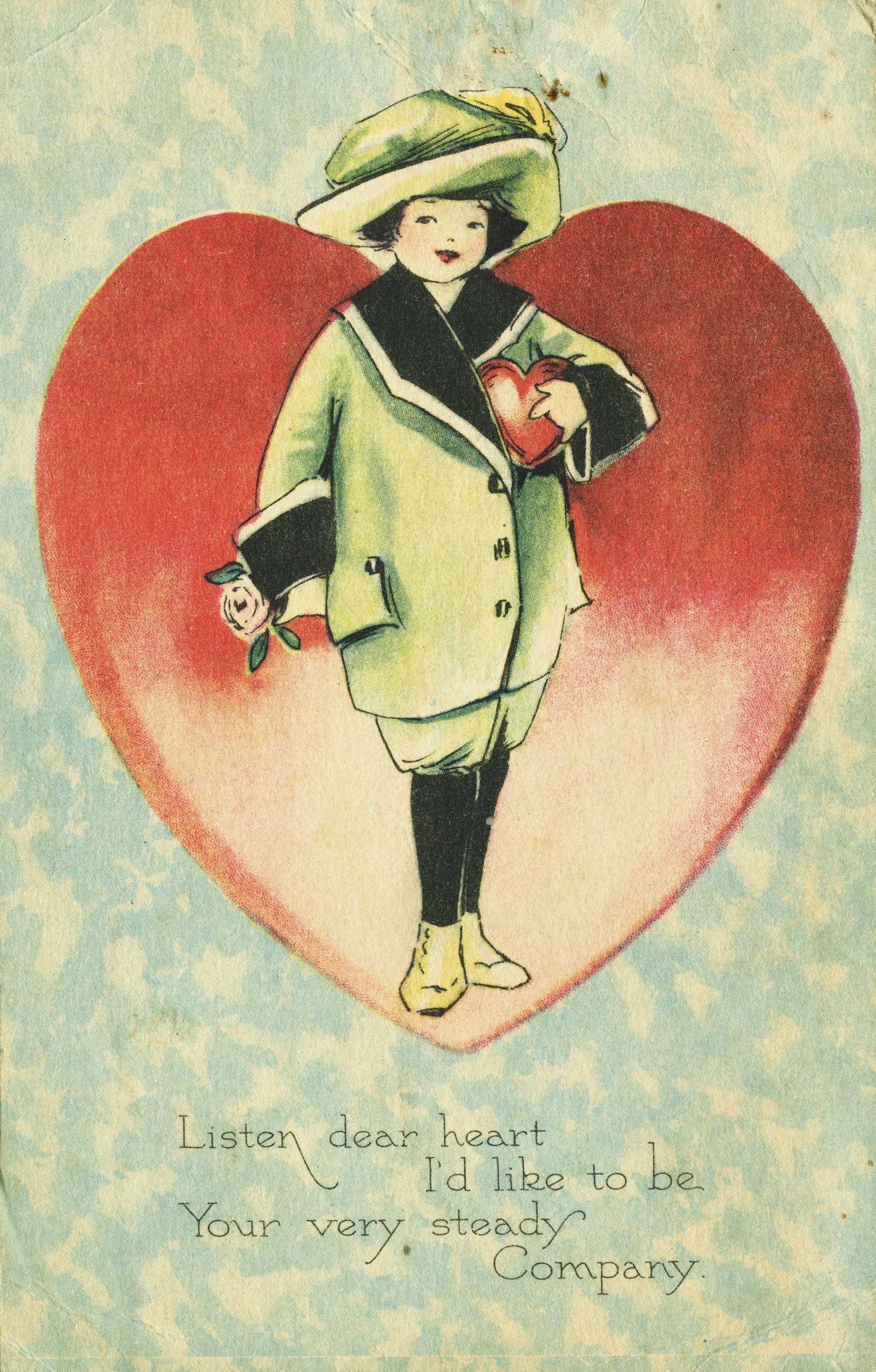 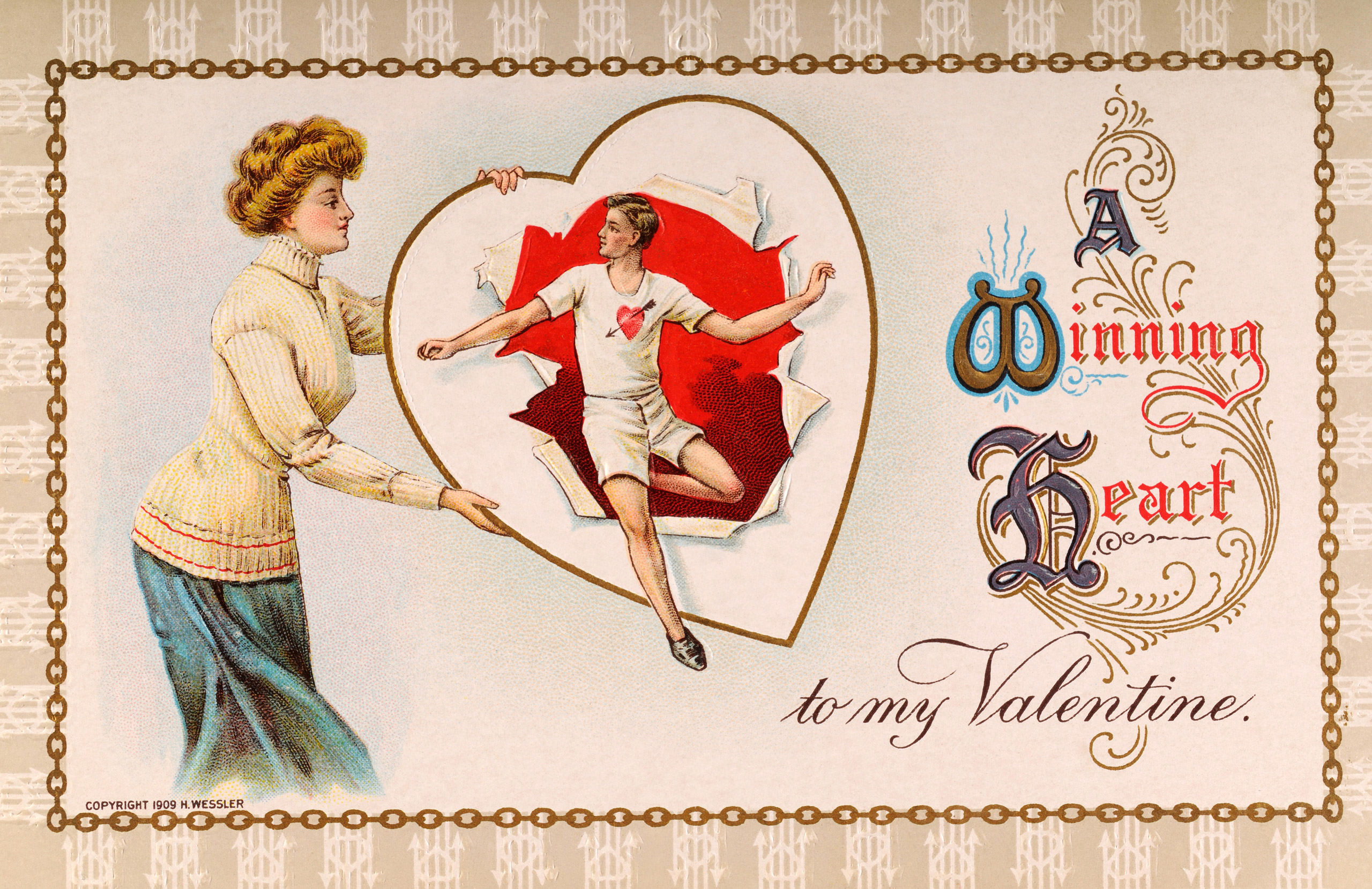 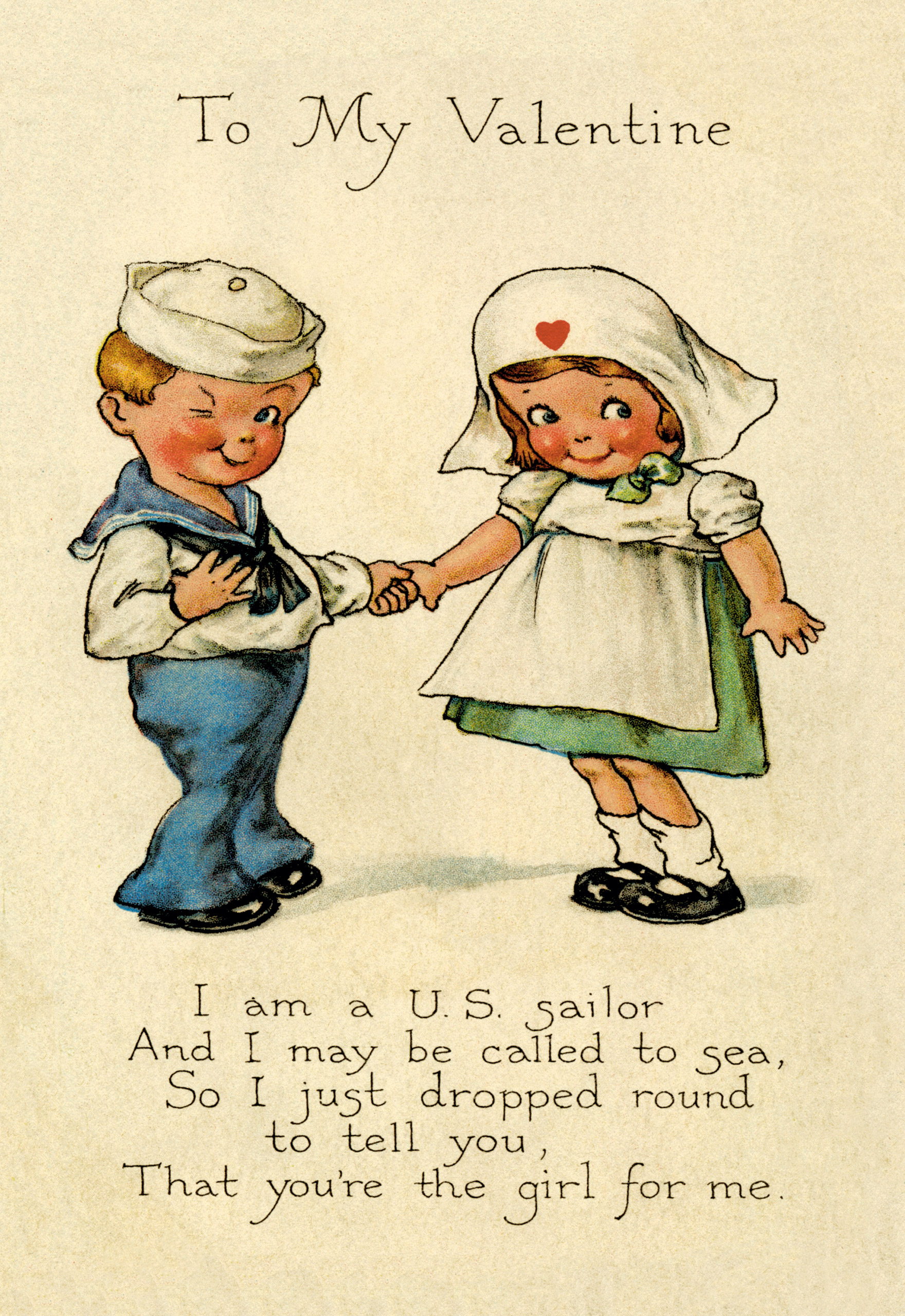 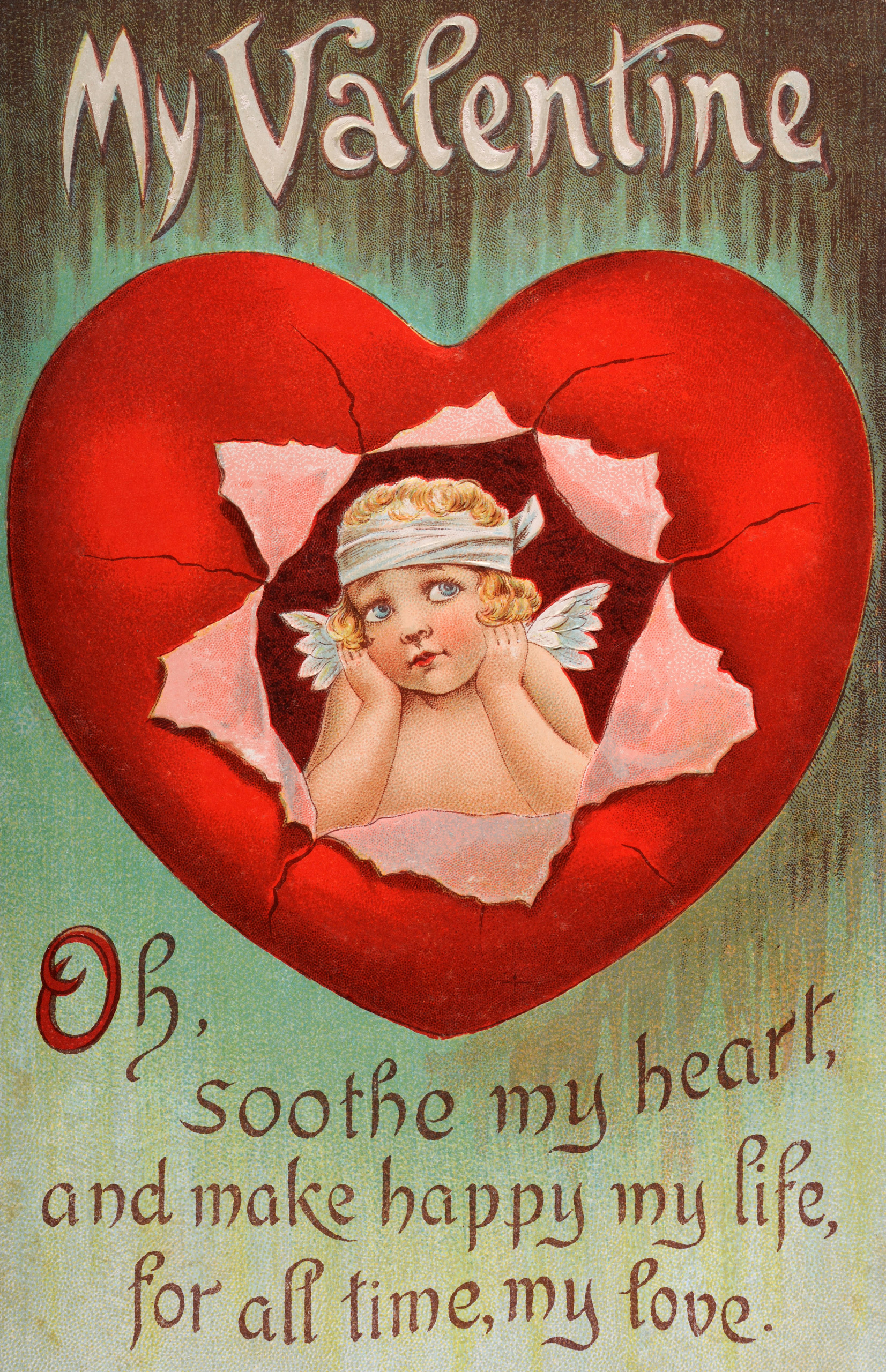 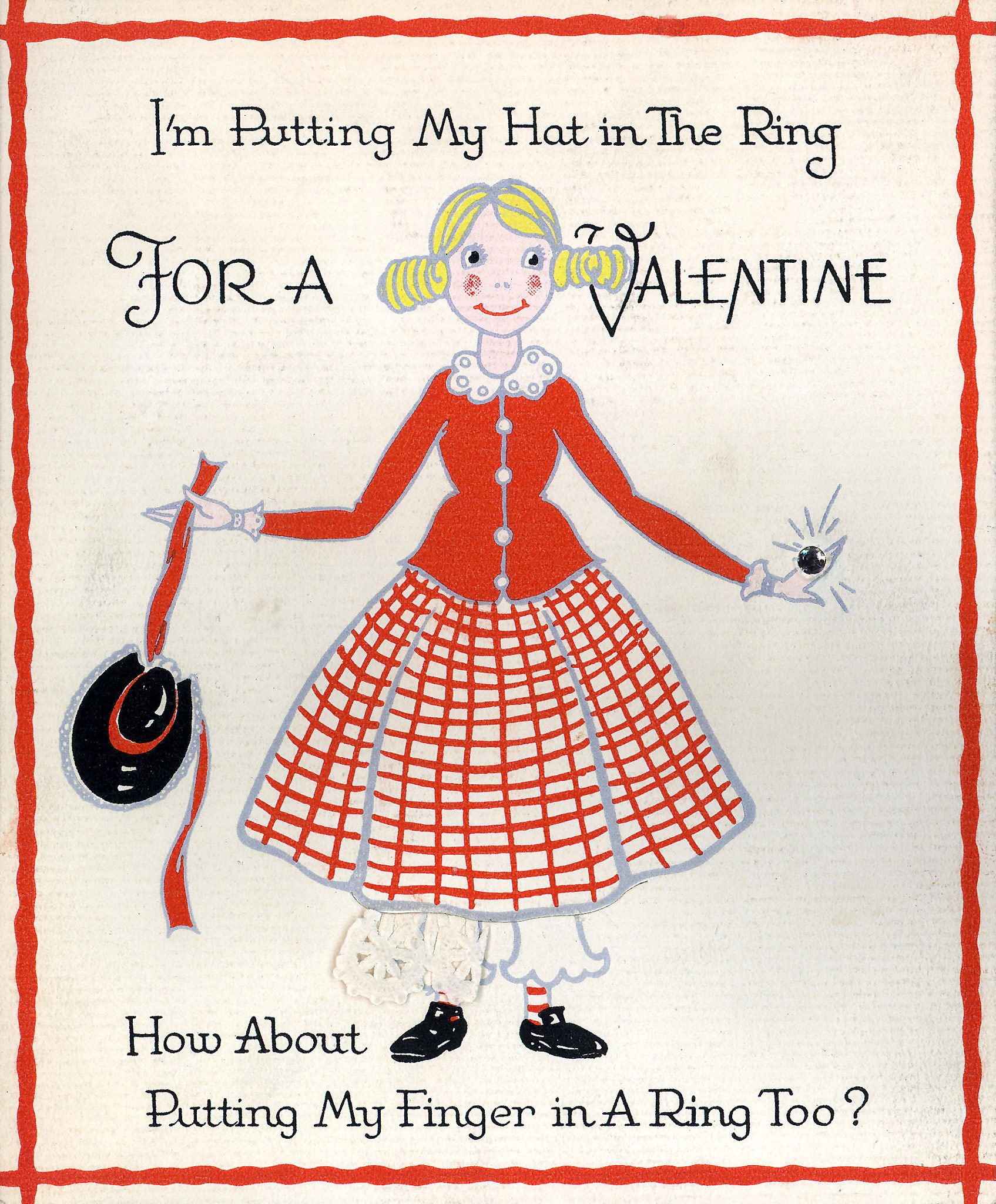 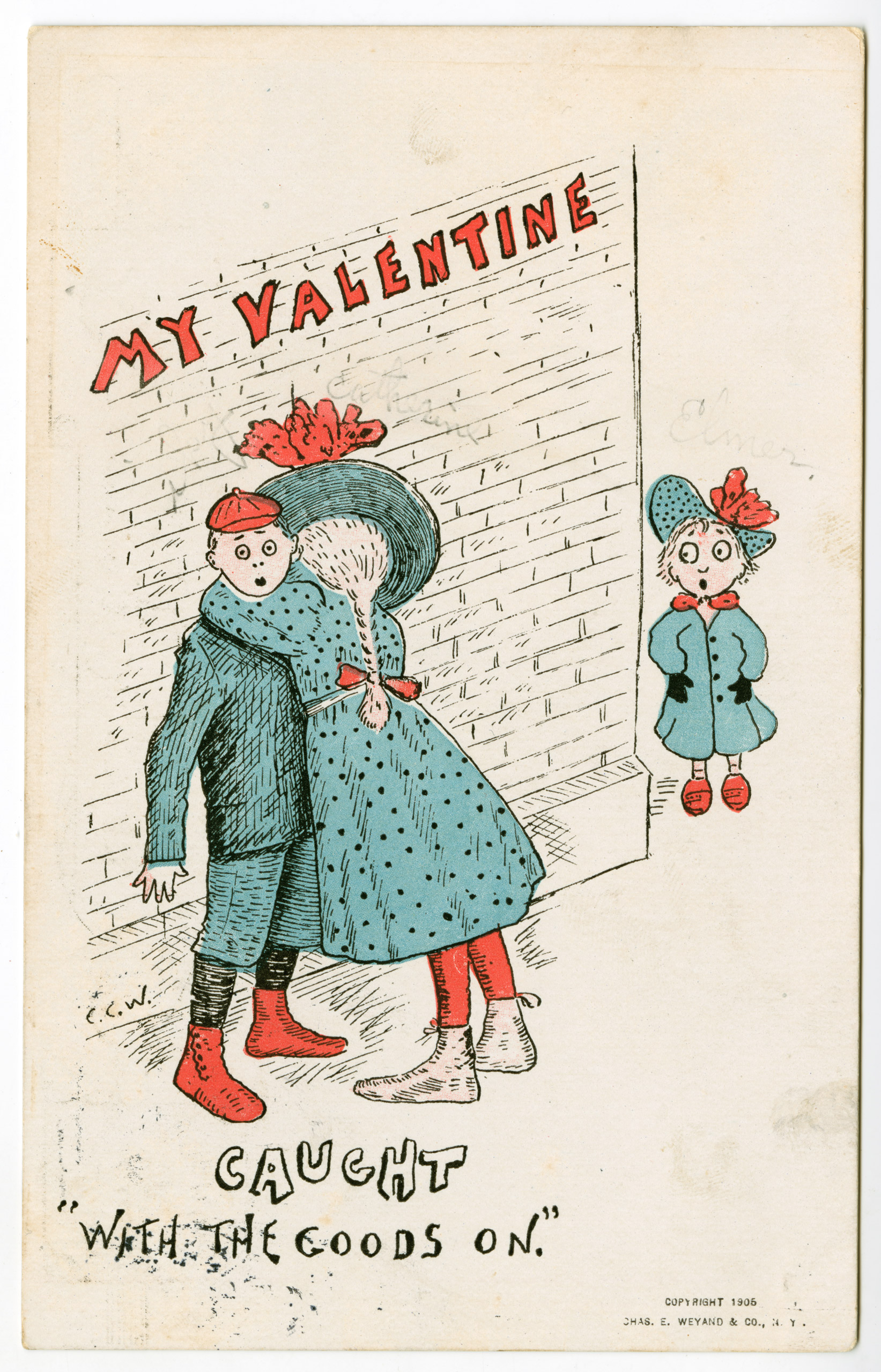 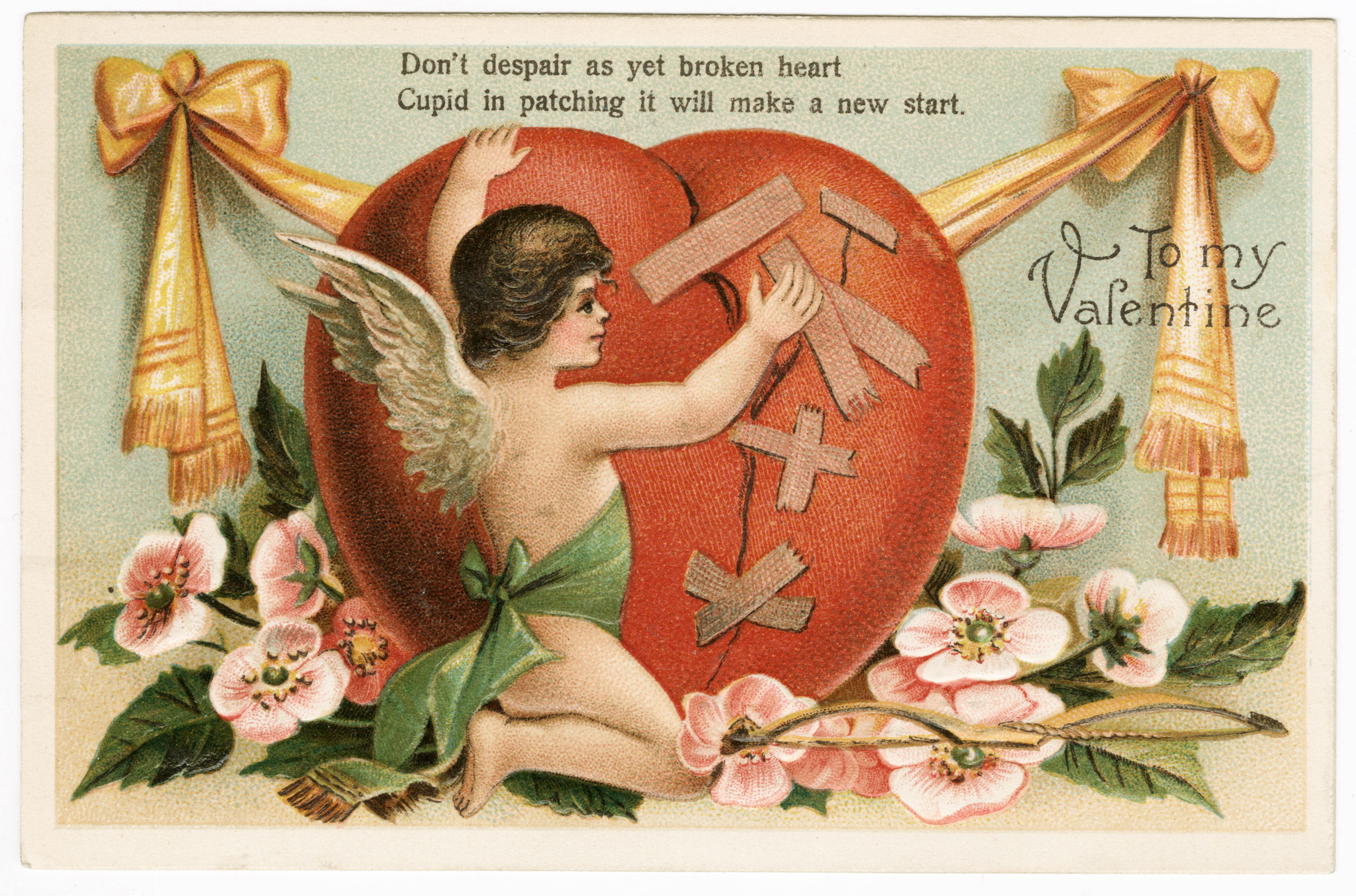 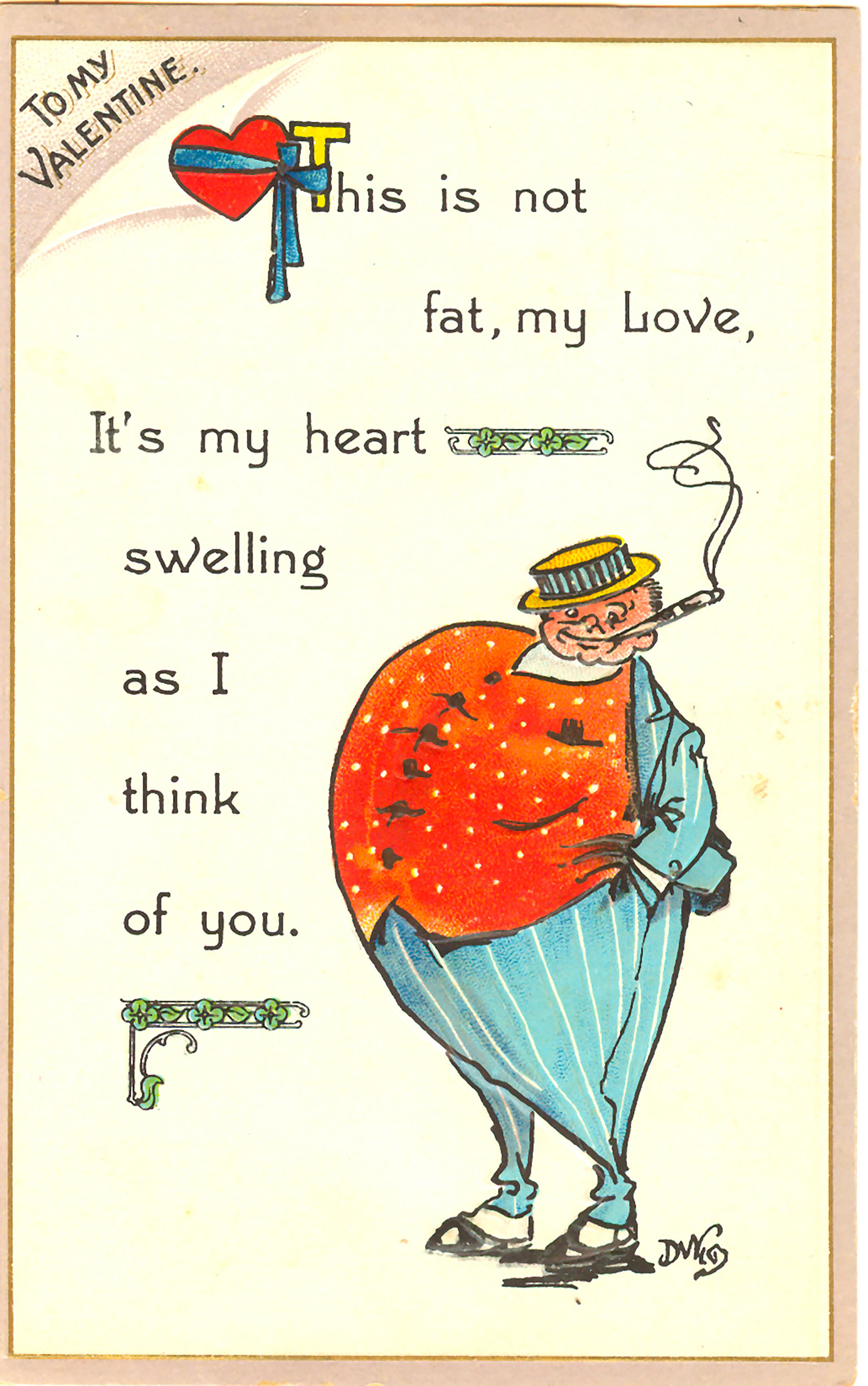 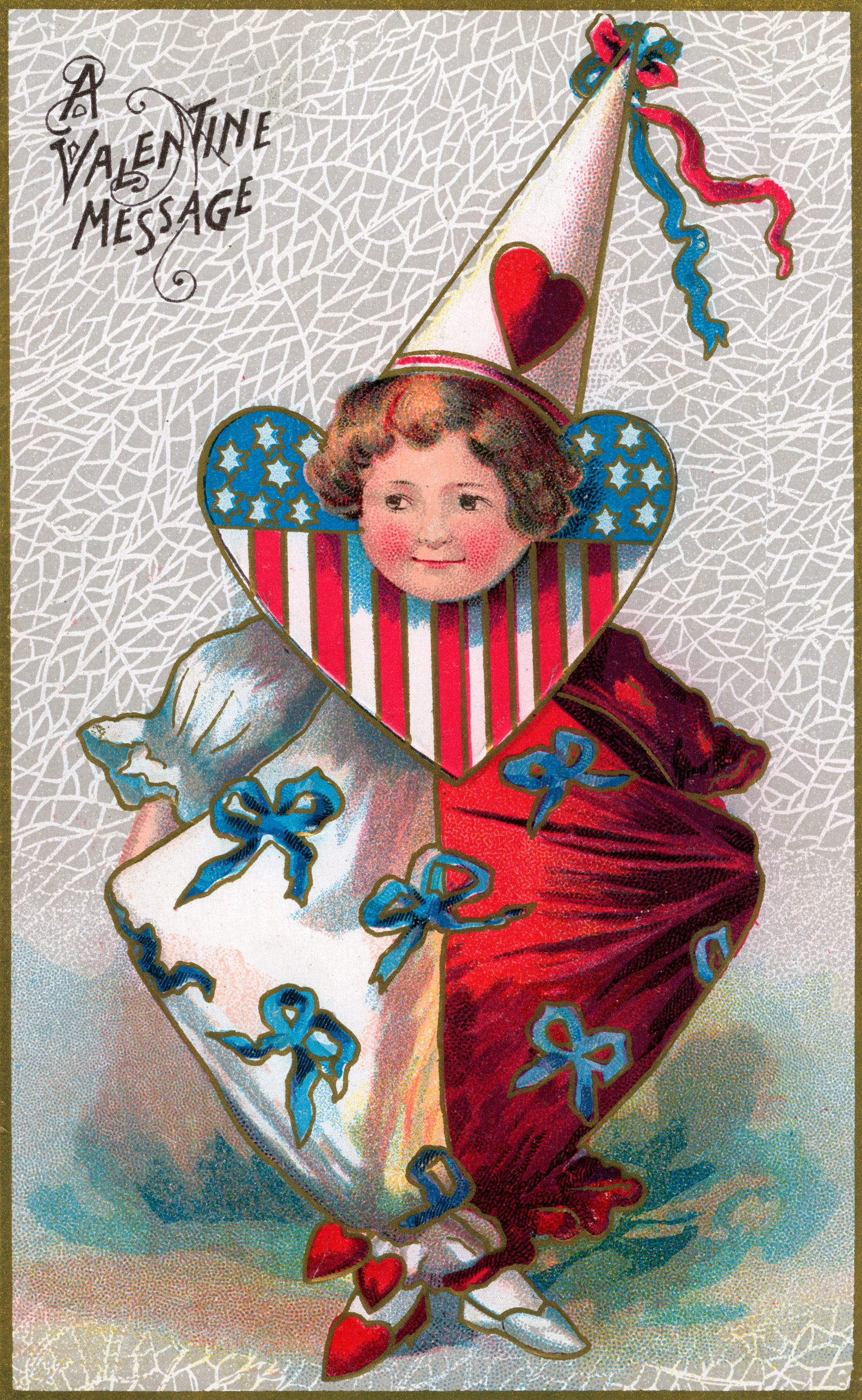 And along with the rise of exchanging cards, complaints about Valentine’s Day have been going strong since at least 1847, when the New York Daily Tribune ran an article lamenting the loss of an old-fashioned, non-commercial day of love: “There was a time when Valentine’s Day meant something. Then it was a business of real lovers and there was sweetness under its delicate shy disguise. Good [graces]! that’s gone long ago. Now nobody makes more than a joke of it.” Indeed, the Tribune went on to declare, “We hate this modern degeneracy, this miscellaneous and business fashion. Send a Valentine by the penny post too? Bah! Give us the sweet old days when there was a mystery about it.”

Still, despite all that disdain, people loved Valentine’s Day. Over the years, the numbers of cards, card manufacturers and additional merchandise associated with the holiday increased. The British chocolate company Cadbury’s added a heart-shaped box of chocolates in the 1860s, and in 1907 Hershey’s introduced their chocolate Kisses. It wasn’t until in 1913 that Hallmark started selling their first Valentine’s Day cards.

The commercial holiday has only grown since. But, even if you’re one to bemoan the forced feelings of Feb. 14, at least you can take comfort in knowing that your shelling out for flowers and cards is observing the holiday as it was meant to be celebrated.