A composite picture taken from a video provided by the London Fire Brigade shows a London double-decker bus exploding during the filming of a movie on Lambeth Bridge in London on Feb. 7, 2016.
Lambeth/London Fire Brigade/EPA
By Jodi Guglielmi / People

A double-decker bus that exploded while crossing the Lambeth Bridge in London as part of a stunt for an upcoming movie sent many onlookers into a brief panic on Sunday morning.

Bystanders were left shocked after the bus passing through the central London bridge burst into flames, leaving some witnesses in fear of a terrorist attack.

The stunt was being filmed for a scene in the upcoming action movie The Foreigner, starring Jackie Chan and Pierce Brosnan.

Although warnings had been posted that the explosion would be taking place on Sunday, many locals took to social media to express their concern.

“Hey film types next time you blow up a bus on Lambeth Bridge maybe tell us first so children in park aren’t freaked?” one user wrote.

The blast created a large fireball that ripped the top off the bus off as it crossed the bridge.

Nigel Huddleston, a member of Parliament for mid-Worcestershire, caught the explosion on camera and posted it to Twitter to help explain what was happening.

“Anyone worried about the exploding bus on Lambeth Bridge just now? It was just for a movie,” he wrote.

Huddleston also spoke to The Guardian, saying it’s easy to understand why locals and tourists might have been alarmed at the sight of the blast.

“The scale and realism of the explosion would have worried a lot of people who were quite a long way off and not able to see the film crew and cameras,” he said. “Walking past parliament a few minutes later, some tourists clearly had no idea whether it was real or not.”

He also recognized the need for more warnings for such events.

“It is great that London is such a desirable location for filming,” he said, “but the filmmakers and authorities could clearly have done a better job at communicating – especially in times of heightened security. 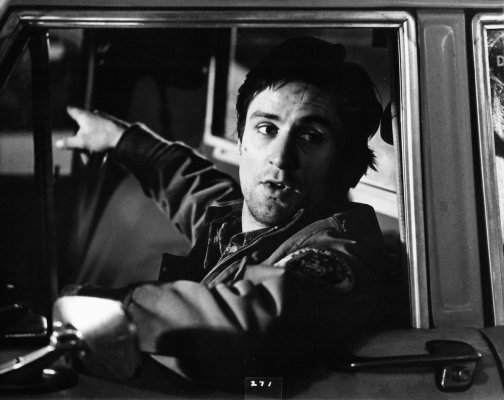 The Real Crime That Inspired 'Taxi Driver'
Next Up: Editor's Pick