How to Tell If Someone Is Lying, According to Science

Wouldn’t it be nice to know how to tell if someone is lying?

We’re going to see what the research has to say on detecting lies, avoiding deception and more. And this is the industrial strength package. We’ll look at how to avoid being deceived by the pros in this arena: con artists.

To get the real answers, I called an expert. Maria Konnikova is a staff writer at The New Yorker. Her wonderful new book is The Confidence Game.

Maria has insights from research on how you can get better at spotting lies and dodging fraud. She even sat down with real con artists to see how they think and act.

First, a warning: detecting lies is hard. Don’t think there’s a magic bullet. There isn’t. If there was, everyone would use it. And most of what you think you know is wrong. Here’s Maria:

So what can we do to detect lies and avoid being scammed? Here are answers…

Telling lies is tricky. You need to balance the truth, the falsehood and try not to get caught. That means your brain has to work overtime.

So if you want to make a liar reveal themselves, you want to increase their cognitive load. The more they have to think, the more likely they are to make a mistake.

How can you do this? Police detectives ask open-ended questions that make them keep talking. Unexpected questions they’re not prepared for are the best. Anything that mentally exhausts someone is good.

Maria also suggests trying the reverse of this: decrease your own cognitive load. Good liars will attempt to distract you from the facts.

Don’t let them. Ask questions to keep things simple so you can focus on what’s important. Here’s Maria:

I’m not going to lie; increasing cognitive load isn’t always easy in an informal situation. And this method also has a bigger problem — it doesn’t work on professional liars like con men and psychopaths. Here’s Maria:

(For more on how to use cognitive load to beat liars, click here.)

So reducing your cognitive load and increasing theirs can help you detect lies with amateurs, but like Maria said, this won’t work with pros. What will?

For that, we need to use one of the con artist’s own weapons against them…

Face it, you’re not usually trying to detect lies. You’re trying to have a normal conversation. But con artists and other very experienced liars are quite motivated to deceive you.

Luckily, you can improve your chances of detecting deception just by being motivated like they are. Next time you think someone may be lying to you, really pay attention.

A simple bit of motivation to detect lies can make a real difference. Here’s Maria:

Pretty simple, right? And simple is good. So what else should you pay attention to when you think someone is trying to mislead you? Many say you should focus on the details of their story. Wrong.

If you really want to resist someone’s attempt to deceive you, you might want to pay a little more attention to yourself…

When we’re emotional, we pay less attention. Our brains take shortcuts. We get roped in.

Focus a little more on staying objective and not being swept away by emotions. Here’s Maria:

Why? Because we all secretly believe that we deserve to have good things happen to us. And when people give an emotional presentation that might be a little too good to be true, we want to believe it. Here’s Maria:

So keep a cool head. Don’t get swept up by big promises and start fantasizing before you’ve examined the facts.

(To learn the four things neuroscience says will make you happier, click here.)

Okay, when you think someone might be messing with you, let logic rule. Great. But what form are the most hard-to-resist lies going to take?

When people tell us stories we tend to let our guard down. We don’t think we’re being “sold” on something, so we tend to go along for the ride. We quietly lose motivation to detect lies.

This is a mistake because research shows stories are actually the most powerful way to deceive and to get you to change your mind.

From The Confidence Game: Why We Fall for It . . . Every Time:

This is no small problem. Your brain is wired to respond to stories. Neuroscience research shows nothing beats a story when it comes to convincing you of something.

From The Confidence Game: Why We Fall for It . . . Every Time:

Keith Quesenberry at Johns Hopkins reviewed over 100 Super Bowl ads to see what the most effective ones had in common. The answer? They told a story.

(To learn an FBI behavior expert’s secrets for how to get people to like you, click here.)

So what’s the most powerful tool in your arsenal to avoid being conned?

Maria interviewed people who repeatedly infiltrated cults that used the most extreme forms of manipulation and deception. How did they resist being influenced?

They had a strong sense of self. They didn’t rely on other people to tell them who they were. They knew what was important to them, what they wanted, and what their hopes and dreams were.

By having a strong self-definition they were able to resist the most intense forms of coercion. Here’s Maria:

On the flip side, who is most vulnerable to being manipulated? Someone who has big changes going on in their life — good or bad. When our lives are unstable and shifting we’re open to change.

And that can mean bad things if someone is deliberately trying to influence you. Here’s Maria:

Okay, we got some good insights from Maria. Let’s round them up and find out why being bad at detecting lies can actually be a good thing…

Here’s how to tell if someone is lying and how to resist deception:

Are you still feeling like you’re a little too trusting and won’t be a good lie detector? Well, that’s a very good thing.

Ironically, what makes us unsuccessful at lie detection makes us happier and more successful as human beings in the big picture.

Research shows trusting people more and seeing the world as a little better than it is leads to a better life. Here’s Maria:

When you’re dealing with that used car salesman, get motivated to detect lies, use cognitive load, watch your emotions, don’t get swept into stories and keep a strong sense of who you are.

But most of the time you should trust those around you. Give people the benefit of the doubt. It’s the secret to more success, better relationships and a happier life.

Join over 240,000 readers. Get a free weekly update via email here. 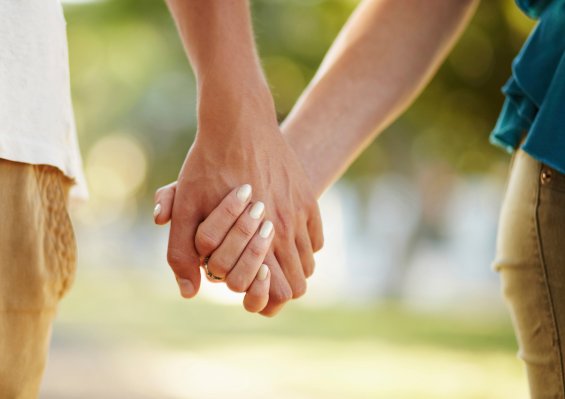 1 Ridiculously Easy Trick to Improve How You Communicate
Next Up: Editor's Pick