OK, ladies, now let’s get in formation: Watch Beyonce show everyone what it would look like if black women’s lives mattered in her new music video.

The world would have Queen Bey letting braided extensions and fur coat fly, dancers in thigh-high stockings and booty shorts dropping it low in hotel hallways and parking lots, elegant sisters fanning themselves like queens, and black girls laughing and playing. If all these seem like things you’ve seen in other Beyonce videos, well, that’s precisely my point.

Beyonce’s glittering black girl magic—no, her black grown woman magic—has always been a political statement: an act of black feminist world-making that imagines how black women can survive and create their own, unmatchable value.

The music video to Beyonce’s new single “Formation,” which she performed during the Super Bowl Sunday, is being quickly labeled as political because of its references to Hurricane Katrina and Black Lives Matter protests. But “Formation” differs radically from other post-Ferguson protests songs like Trip Lee’s “Coulda Been Me” or Rihanna’s “American Oxygen” video, which focus on black men’s deaths.

Beyonce’s celebration of her formation—her heritage, her fine form, her politics—is a tapestry of black women’s colorful, textured lives, which refuse to become the living deaths that feminist foremother Audre Lorde warned us about. While some activists call on African Americans to get militant in response to injustice, Beyonce asks ladies to get in formation, to stand side by side and show everyone we’re still here and “we gon’ slay, slay.”

In Bey’s black feminist formation, black women spend time in one another’s company—in a Storyville hotel, a hair shop, a parking lot, a church, an empty swimming pool—and enjoy their bodies in all their blackness and womanness. This song is all about the pleasures of having a black female body and owning it. “Cocky fresh” Bey calls her black feminist aesthetic. Cocky, as in enjoying pleasure with a sense of controlling her own sexuality that’s usually reserved for men: “When he f— me good, I take his ass to Red Lobster, cause I slay” she sings, letting us know having good sex is all about flexing her power in a relationship. She slays while he has to scramble to earn post-sex rewards.

Bey revels in her Southernness black womanness: “I like my baby hair, with baby hairs and afros,” she drawls, singing her love not only of black girls’ kinky, coily and curly hair but also of black Southern women’s speech. Yes, Beyonce’s black feminism is a politics of the pleasures reserved for black women: our country roots, our nappy roots, our Cheddar Bay Biscuits, our well-eaten cake by the pound.

But don’t get it twisted: Bey’s black feminism isn’t only for cis-women. The song starts with a voiceover from media personality Messy Mya, killed in an unsolved transphobic murder in 2010, who tells us “Bitch, I’m back by popular demand.” “Formation” also features queer New Orleans queen of bounce Big Freedia and footage from Abteen Bagheri’s 2014 documentary That B.E.A.T, which explores New Orleans bounce music and queer culture. Femme and fabulous, Beyonce’s formation loves and celebrates the art of black femininity in every kind of body brave enough to own it.

As sociologist Zandria Robinson writes: “‘Formation’ is an homage to and recognition of the werk of the ‘punks, bulldaggers, and welfare queens’ in these Southern streets and parking lots, in these second lines, in these chocolate cities and neighborhoods, in front of these bands and drumlines.”

Most of all, Beyonce’s black feminism celebrates conjure women and the magic they wield.

Yes, “Formation” evokes New Orleans’ Hoodoo and Voodoo traditions with Bey in witchy black before an abandoned plantation house. But I also mean conjure in the sense of marrying dreams, work and power to create a new world—a world where black women own their bodies, pleasures, and possibilities. “I dream it, I work hard, I grind ‘til I own it,” Bey sings, and I believe her.

Conjure women have become important figures for black feminists who refuse to accept the world we’ve been given. “In societies in which race and class are defining attributes of one’s life, the conjure woman’s spiritual disposition affords her the flexibility and prerogative to manipulate such confining spaces… to create safe, protective spaces for other people of color,” said Africana scholar Kameelah Martin. And while most of us don’t visit conjure women any more, we can still visit Beyonce’s world to watch black women elevated to the divas and dieties we deserve to be.

“What a time to be black and alive!” The Cut’s Ashley Weatherford wrote when she saw “Formation.” And in a period that’s seen so much violence and heartbreak leveled against black women, anything that can make a sister feel like that is black feminist magic, pure and simple. Slay, Queen Bey. 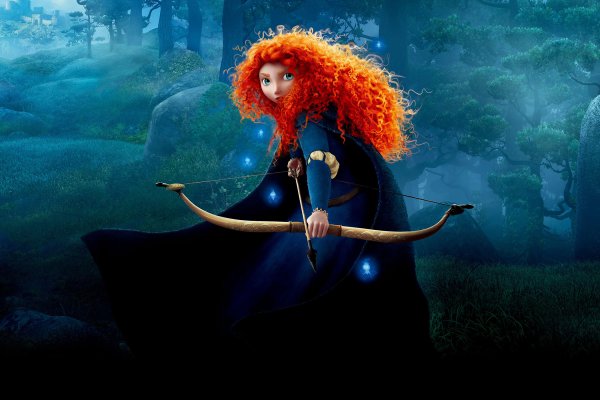 The Point of a Disney Princess Isn't Her Talking Time
Next Up: Editor's Pick