5 Things to Know About the Chinese New Year

Monday marks the first day of the Chinese Lunar New Year, China’s biggest and most ceremonious holiday. Though China officially operates on the international Gregorian calendar, the traditional lunisolar calendar maintains ceremonial significance, and so every year, around the new moon closest to the beginning of spring, Chinese people ring in the beginning of a new annual cycle — a chance to honor one’s ancestors and prepare for the good fortune to come.

Here’s what you ought to know about the holiday:

1. It’s about family. Unlike the New Year celebration per the Gregorian calendar, Chinese New Year is not a time for drunken revelry and sequined hats. On Sunday night — Chinese New Year’s Eve — the streets of Hong Kong were quiet as locals gathered in their houses for “reunion dinners” with family members who’ve returned home.

2. The world’s greatest annual migration of people. Fortune recently called it “the greatest travel nightmare of 2016.” In China, Hong Kong and other countries with a significant Chinese population, the New Year is celebrated as a public holiday — schools and offices close during this time — and so a massive number of people take advantage of the opportunity to travel — either heading home to be with loved ones or going on holiday. Though workers in mainland China are given seven consecutive days off, the holiday period extends through early March, during which officials expect 2.91 billion trips to be taken.

Last Monday, more than 100,000 people were stuck at a railway station in the southern city of Guangzhou after a series of train delays.

3. You’ll be seeing red. To the Chinese, red represents good fortune, and so around the New Year the color can be seen everywhere in Chinese cities: red lanterns hang in doorways; red paper cutouts adorn windows. And a staple of the holiday: red envelopes, called hongbao in Mandarin, or lai see in Cantonese, are filled with cash and given by married people to children, unmarried relatives and friends, and employees. The sum is typically an even number, and it shouldn’t contain the number four, which is considered unlucky because it sounds like the Chinese word for death.

5. It’s now celebrated around the world. China has seen a significant diaspora, and cities that have received a large number of Chinese immigrants over the years are now holding their own celebrations for the New Year. In New York City, for instance, all public schools are closed on Monday to commemorate the holiday. The Lunar New Year festivities are also observed by Vietnamese and Koreans, as well as Tibetans, whose first day of celebration falls on Tuesday. 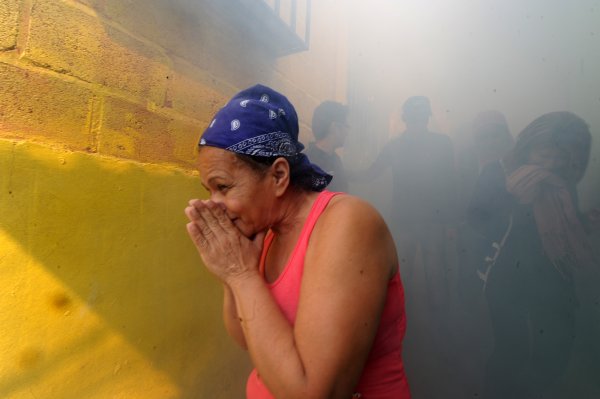 Fear of Zika Impacts Daily Life in U.S. and Latin America
Next Up: Editor's Pick