The activist and founder of Ms. Magazine, who supports Hillary Clinton, said Friday that women become more politically active as they get older, but “when you’re young, you’re thinking, ‘Where are the boys? The boys are with Bernie,’” she said.

Steinem said she “misspoke” when she made the comment on Real Time with Bill Maher after being asked why she thought Clinton wasn’t doing better with young women. She apologized “for what’s been misinterpreted as implying young women aren’t serious in their politics.”

“What I had just said on the same show was the opposite: young women are active, mad as hell about what’s happening to them, graduating in debt, but averaging a million dollars less over their lifetimes to pay it back,” she wrote on Facebook. “Whether they gravitate to Bernie or Hillary, young women are activist and feminist in greater numbers than ever before.” 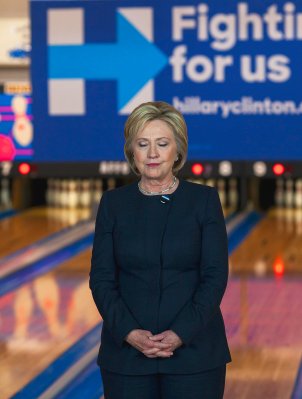