Watch the Republican Debate in Under Five Minutes

The Republican presidential candidates slugged it out once again Saturday in the New Hampshire debate.

Republicans were making their first appearance together since the Iowa caucus, where Ted Cruz won a key victory over front-runner Donald Trump. Marco Rubio, who took a surprise third place in the Hawkeye State, was put to the test by his opponents, while the three governors in the race — New Jersey’s Chris Christie, Ohio chief executive John Kasich, and former Florida Gov. Bush — made the push to separate from one another in a tight race.

This is the last time the remaining seven candidates will be on a single stage before voting begins in the New Hampshire primary Tuesday.

Watch a recap of the debate above. 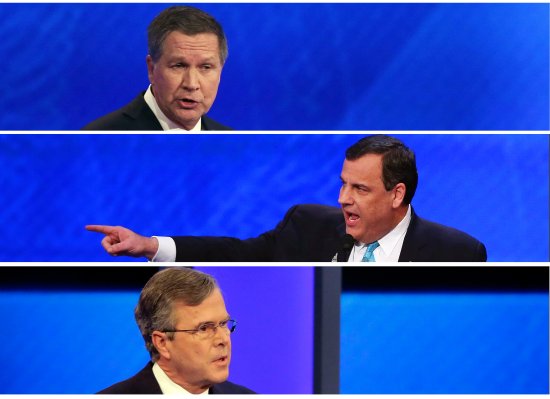 The Three Governors Turn Against Senator Rubio
Next Up: Editor's Pick