Sen. Marco Rubio may have been looking too closely at his notecards at Saturday’s Republican debate in New Hampshire—much to the chagrin of New Jersey Gov. Chris Christie.

Rubio repeated a variation of the same line, an attack on President Barack Obama, a total of four times. “Let’s dispel this notion that Barack Obama doesn’t know what he’s doing. He knows exactly what he’s doing,” Rubio said. “He is trying to change this country.”

Eventually, Christie seemed to have had enough of the line, saying “There it is, the memorized 25-second speech.” 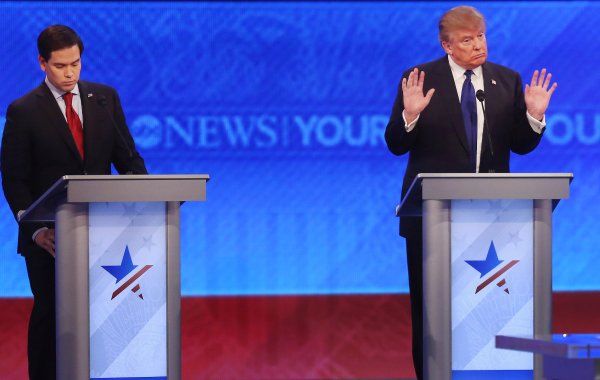 Republicans Debate Whether Obama Incompetent or Nefarious
Next Up: Editor's Pick