In the hours after Sen. Rand Paul dropped out of the presidential race Wednesday, the libertarian state representative and passionate Paul supporter says he fielded a personal phone call from Jeb Bush and an offer from Donald Trump’s campaign promising VIP treatment. Even an aide to Chris Christie reached out. But as he processed his grief over Paul’s exit, Eastman already had a new candidate in mind.

On the night of Paul’s exit, Eastman went to see Ted Cruz in Nashua, N.H. When Eastman asked for a one-on-one meeting with the Texas senator, the campaign invited him onto the senator’s campaign bus, where Eastman chatted with Cruz about Medicaid expansion during an hour-long drive to Portsmouth. By Friday night, Eastman was onstage at a jam-packed Cruz town hall at an elementary school in Salem, N.H., offering his endorsement and telling the crowd that the Tea Party Texan and the Kentucky libertarian were “close cousins” philosophically. “Chapter and verse, the two guys are aligned in many ways,” Eastman explained in an interview.

This has been Cruz’s argument from the beginning, and it could come in handy next Tuesday in New Hampshire, where libertarian Ron Paul got 23% of the Republican primary vote in 2012. Aides have long said that Cruz can win the GOP nomination by building a broad conservative coalition that includes both evangelicals and libertarians. Cruz’s courtship of social conservatives helped carry him to victory in the Iowa caucuses, where he won the support of 1 in 3 evangelical voters. Now the campaign is hoping that his yearlong outreach to libertarians put him in position to scoop up Paul loyalists.

With four campaigns jostling for position behind Trump in the first-in-the-nation primary on Feb. 9, an influx of Paulites could be enough to separate Cruz from the pack. “They’re all coming to me and saying we’re going to vote for this guy,” Bill O’Brien, a former speaker of the New Hampshire House of Representatives and a co-chair of Cruz’s campaign in the state, says of former Paul backers. “There’s certainly a great deal of commonality.”

There are also notable differences. Paul is a non-interventionist; Cruz talks about “carpet bombing” the Islamic State until the sand glows. But the Texan has been eager to focus on their many points of agreement. On cornerstone libertarian issues—privacy, civil liberties, gun rights and others—the two freshman senators are largely in step. It’s why big libertarian donors like Peter Thiel, the Silicon Valley billionaire, have written big checks to Cruz four years after funneling more than $2.5 million to Ron Paul.

Cruz has also tried to speak the language of libertarians on more arcane issues. In New Hampshire, the Cruz campaign talks about fights over eminent domain, a bone of contention for voters who denounce government encroachment. “The endorsement of libertarian leaders in the state is something we’ve been pursuing since we announced in March,” says Ethan Zorfas, Cruz’s New Hampshire state director. At events like the town hall in Salem, the campaign plays a long video in which prominent libertarians explainwhy they wound up in the Cruz camp.

In recent weeks, a pro-Cruz 527 group called the Lone Star Committee announced it would spend up to $1 million on a 60-second radio ad in New Hampshire that touts his grasp of sound monetary principles and his support for a return to the gold standard. “Ted Cruz knows that if we tie the value of the dollar to gold, we can be assured of having future economic growth without inflation and without having huge deficits,” the ad says. At an October debate in Colorado, Cruz talked up his support for Ron Paul’s original proposal to audit the Federal Reserve in a weedy disquisition about the dangers of “loose” money.

The Paulites are unlikely to migrate en masse. “A lot of Paulians think there’s no second choice,” Eastman says. Rand Paul was only polling in the mid-single digits in New Hampshire, before he dropped out. But even a modest boost would be a boon for Cruz, who is hoping to capitalize on his Iowa triumph with a strong showing here.

That’s why messengers like Eastman, who sees the Paul and Cruz camps as “related clans,” could play a small but critical role in the race’s final weekend. “I will do all I can,” Eastman promised, “to bring them along.” 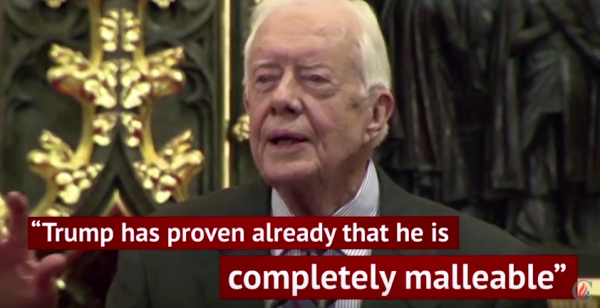