Just a week before the NFL was set to stage the biggest sporting event of the year, the league released its latest concussion data: incidence rose 58% during the regular season. On Feb. 3, the New York Times reported that Kenny “The Snake” Stabler, the Super Bowl-winning quarterback from the Oakland Raiders who died in July, was diagnosed with CTE, the football-related degenerative brain disease. Former Minnesota Vikings linebacker Fred McNeill, who died in November, also had the disease. On the eve of Super Bowl 50 between the Carolina Panthers and Denver Broncos, the NFL can’t still escape its concussion crisis.

What’s worse, the league still refuses to come to terms with it.

Instead of sending an honest public health message — our game is dangerous, we’re trying to make things safer, but play at your own peril — the NFL obfuscates its way around safety. At his annual pre-Super Bowl press conference, NFL commissioner Roger Goodell responded to a question about safety by noting that “there’s risks in life, there’s risks to sitting on a couch.” According to a report from ESPN, the NFL’s donations for brain trauma research are often directed to league-affiliated doctors. And at a Feb. 4 event Dr. Mitchel Berger, a neurosurgeon at the University of California, San Francisco and a member of the NFL’s Head, Neck and Spine Committee, was asked by Toronto Star columnist Bruce Arthur if there’s a link between football and degenerative brain disorders. “No,” Berger said, in a response that harkened back to the NFL’s pre-2009 League of Denial days, when a league medical advisor refused to acknowledge that multiple head injuries sustained in football were linked with depression, dementia, or other cognitive problems.

Berger’s refusal to admit a link between football and brain disorders was especially surprising, since the league had finally acknowledged that connection years ago. “It’s quite obvious from the medical research that’s been done that concussions can lead to long-term problems,” NFL spokesman Greg Aiello told the New York Times in 2009. “It doesn’t take a lot to jump to the conclusion that constant banging in the head is not going to be in your best interest,” commissioner Roger Goodell told TIME in a 2012 interview.

Commenting on Berger’s remarks, Dr. Julian Bailes, chairman of neurosurgery at the NorthShore Neurological Institute and a former team doctor for the Pittsburgh Steelers, said: “It’s a step backwards. And it’s counterproductive.”

TIME reached out for a comment from the NFL, which made Berger available for a follow-up interview. Berger said he told Arthur there was no link between football and degenerative brain disorders because, in Berger’s mind, the word link means “a one to one relationship between playing and getting CTE.” So for Berger, saying football is “linked” to CTE is the equivalent of saying “if you play football, you will get CTE.”

Which isn’t true: as far as we know, the vast majority of NFL players don’t suffer from CTE. Still, in this explanation, Berger is using an awfully strict definition of link. A link implies a connection or association, not automatic cause and effect, as Berger is arguing. Smoking, for example, is linked to cancer, even though plenty of smokers live cancer-free. “Right now, there is absolutely no question that there is an association between having a history of repetitive hits to the head and later-life neurodegenerative disease, and in particular chronic traumatic encephalopathy,” says Dr. Robert Stern, professor of neurology at the Boston University School of Medicine, and director of clinical research at BU’s Chronic Traumatic Encephalopathy Center. “I’ve never known of a scientific distinction between link and association.”

Berger, however, makes such a distinction. “I prefer the word association,” Berger says. OK; so Berger would at least have to acknowledge a simple association between football and CTE, correct? “Well, what I would say is we know from the former players who have been evaluated, who have CTE, they’ve played football,” says Berger. “So the question is, is there an association? [Note: I just asked that]. We’re concerned of course that there could be an association. Because we recognize the fact that there are long-term effects. But now we have to really understand to what degree those long-term effects occur.”

To recap: Berger won’t say there’s a link between football and CTE, because the word “association” is fairer description of the relationship. But he can’t for sure say there’s an association, even though he recognizes former NFL players have the disease. The semantics dance is maddening. In fairness to Berger, however, he never denies that football-related brain trauma can lead to CTE or any cognitive disease. He doesn’t deny football’s risks. Further, admitting a link, or even an association, between football and CTE could put the NFL at risk. “In a legal sense, that could be the equivalent of admitting causation,” says Marc Edelman, associate professor of law at Baruch College in New York City.

Still, evading easy questions hurts the NFL’s credibility. Of course football is linked to CTE; Boston University researchers have diagnosed CTE in 90 of 94 brains of ex-NFL players they’ve have examined. As the commissioner himself once said, banging your head won’t help your brain.

So why should anyone trust the NFL on safety, when the league itself can’t just talk straight? 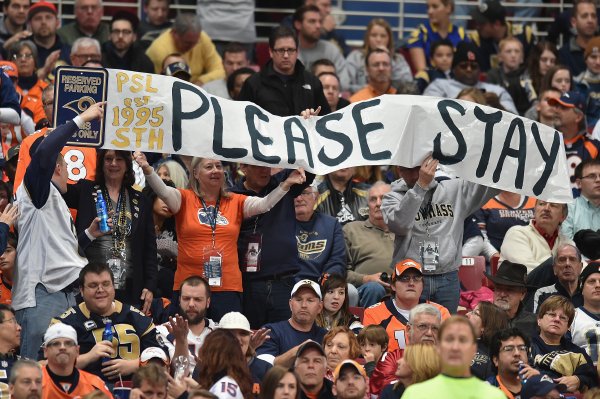 Lessons From a Costly NFL Divorce
Next Up: Editor's Pick