“Marco can unify our party,” Jindal said on Fox News Friday. “I think he’s a principled conservative. I think he’s the right guy.”

Jindal, who left office in January, was one of the most conservative governors in the country and rising star of the GOP in his own right, before a disastrous response to President Barack Obama’s first address to Congress in 2009 sent him reeling. A former Rhodes Scholar, his presidential effort — which ended in November — was notable for its flailing between news stories of the day, rather than any sustained message.

The former Louisiana chief executive has had a testy relationship with the other governors in the race, Chris Christie and John Kasich, who have argued that senators have subpar experience to serve as president. His endorsement provides Rubio a badly-needed credibility boost as his candidacy comes under fire from the three governors in the race.

The New Jersey governor has shifted the focus of his campaign to argue Rubio is underqualified for the job, while Jeb Bush and his super PAC Right to Rise have both released television ads using the inability of another former presidential hopeful, Rick Santorum, to name any Rubio accomplishment.

Gowdy warmed up the crowd by saying that Rubio offered a “hopeful, aspirational” message that would be effective in dislodging Democrats from the White House. Scott said he had met with each of the Republican candidates in Iowa, before deciding on Rubio.

“It’s pretty clear that Marco is the candidate with the right message and the momentum right now, and that’s why the entire focus of all these other campaigns these days is to try to tear us down,” said Todd Harris, Rubio’s campaign strategist. 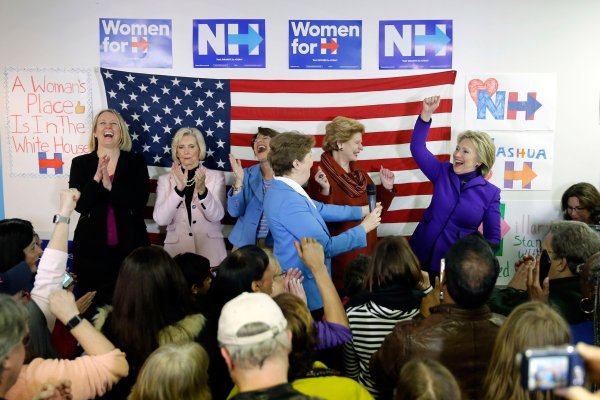 Hillary Brings Her 'Sisters' on the New Hampshire Trail
Next Up: Editor's Pick