How the Rivalry Between Thomas Jefferson and Alexander Hamilton Changed History

Think Great American rivalries, and Lincoln-Douglas or LBJ-RFK or maybe even Bill Gates-Steve Jobs jumps to mind. But none of those—or any others, for that matter—were as fervent, and certainly none were more consequential, than the competitive coexistence of Alexander Hamilton and Thomas Jefferson.

Though they may have been sparring over economic and foreign policy issues like so many politicians who succeeded them, nothing less than the shape of a new nation was at stake. And both of them knew it.

Before George Washington appointed them to his cabinet—Hamilton as Treasury secretary, Jefferson as secretary of state—they barely even knew of one another. Initially, the two men enjoyed a cordial relationship. Jefferson invited Hamilton to dinner on a couple of occasions, and they seldom clashed during their first year in the administration. But they were never close. A dozen years apart in age— Jefferson was 47 and Hamilton 35 in 1790—they could not have been more different in temperament. Hamilton was outgoing and outspoken; he dominated every room. Jefferson, amiable and erudite, was quiet and reserved.

Deep philosophical differences, though, soon set them against each other.

In Jefferson’s view, centralized government was simply European-style tyranny waiting to happen again. Informed by his upbringing in agrarian Virginia, he dreamed of a society of property-owning farmers who controlled their destiny. While a manufacturing economy was driven by avarice, a republic resting on the yeoman farmer would keep “alive that sacred fire” of personal liberty and virtue.

Hamilton, of course, had risen meteorically in the world of urban commerce. Naturally, he believed that a flourishing merchant economy would sow opportunities for all. Further, it would produce a philanthropic, knowledgeable and enterprising people. Jefferson once equated cities with “great sores,” but in Hamilton’s eyes they were focal points of societal health, providing a foundation for wealth creation, consumerism, the arts, innovation and enlightenment. A clash between the two Founding Fathers was inevitable.

The economic program instituted by the Treasury secretary triggered Jefferson’s suspicions, but it wasn’t until he learned what Hamilton had preached at the Constitutional Convention that he put together the whole puzzle. He saw as dangerous Hamilton’s push to strengthen the central government and presidency. And he detected an intent to secure the sway of the “financial interest” over Congress and foster the growth of a new moneyed class. All of it would menace republicanism and the agrarian way of life. Jefferson was sure that before long, Hamiltonianism would produce in America the same evil cause-and-effects he had witnessed in Europe: monarchy and rigid social stratification leading to massive poverty and widespread urban squalor.

He responded by organizing the Republican Party. Jefferson also hired Philip Freneau, a gifted writer with a penchant for satire, to run an opposition newspaper, the National Gazette. And he denounced Hamilton to Washington, reporting that his rival had praised Britain’s government while calling the Constitution a “shilly shally thing” destined to be replaced by something better. Hamilton, Jefferson warned, secretly schemed to restore monarchy in America. Already, a “corrupt squadron” of Hamiltonians within Congress was engaged in financial speculation, disdaining constitutional limits on government’s power. Washington, though, was unmoved; he believed in his former aide and the economic path he had set, one that would leave the country “prosperous & happy.”

Hamilton countered Jefferson’s attacks by establishing his own party, the Federalists. He denied plotting an American monarchy, saying that only a “madman” would attempt such a thing, and suggested to Washington that Jefferson was the one with designs—to be president and eradicate the current economic program. It was Jefferson too, driven by “violent passions” and an “unsound & dangerous” philosophy, who wanted to displace the Constitution.

But even as the pair fought relentlessly, they agreed on two issues. When Washington spoke of retiring after one term, both men beseeched him to continue. And when the French Revolution led to a broader European war, the two were of one mind in thinking America must remain neutral. In 1793, though, Britain was lured into the overseas conflict, arousing passions in the States that domestic issues “could never excite,” as Jefferson remarked. Hamilton, who understood trade with England to be crucial to the nation’s economy, counseled support of Britain. In Jefferson’s opinion, Hamilton was “panick struck” by the pro-French sentiment that prevailed in America. He, in turn, was invigorated by the support, seeing it as a sign that “the old spirit of 1776 is rekindling.” In short, he saw it as proof that the days of Hamiltonianism were numbered.

Jefferson left the cabinet and retired from public life in 1794. Hamilton followed a year later. Convinced that the “philosopher of Monticello” remained obsessed with becoming president, Hamilton never expected the retirement to last. Still, during Jefferson’s three years away, Hamilton said little in public about his rival, even remaining silent when rumors circulated of Jefferson’s alleged sexual relationship with one of his female slaves. Nor did Jefferson comment when Hamilton’s extramarital affair with Maria Reynolds became public in 1797.

As Hamilton predicted, his rival did run for president, in 1796. Throughout the campaign, Jefferson endured furious assaults by the Federalists, who portrayed him as a hypocrite—an elitist who insincerely spouted notions of equality. Jefferson lost, to John Adams, and had to settle for the vice presidency. Two years later, events transpired that troubled him more than anything had since Hamilton’s economic policies. Spurred by America’s “cold war” with France, Congress enacted the Alien and Sedition Acts, repressive measures designed by the Federalists, including Hamilton. Jefferson called the legislation “detestable” and “worthy of the 8th or 9th century” and deemed the Federalist government a “reign of witches.” That reign grew scarier still when Congress ordered the creation of a large standing army, which Hamilton, with Washington’s help, commanded. Proclaiming Hamilton “our Buonaparte,” Jefferson predicted the federal troops would be used against domestic dissidents. (On this point, he was not wholly wrong: Hamilton said in private that he would not hesitate to “subdue a refractory and powerful state.”)

Jefferson ran for President again in 1800, and this time Hamilton, more consumed with defeating John Adams, whom he both hated and could not exploit, said little against his political enemy. And when the election ended in a tie with Aaron Burr, Hamilton supported Jefferson, arguing that he was “able and wise” though his political philosophy was “tinctured with fanaticism.” Almost as soon as the tie was broken in Jefferson’s favor, though, Hamilton reverted to his adversarial ways. In several newspaper pieces, he contended that the new president meant to destroy the Constitution. Jefferson ignored the onslaught, perhaps having concluded that Hamilton and his faction were a spent force.

Within four years, Hamilton would be dead, but Jefferson did not exult. And to the end he spoke only generously of his foe. The two had “thought well” of one another, he said. Moreover, Hamilton was “a singular character” of “acute understanding,” a man who had been “disinterested, honest, and honorable.”

Jefferson called his election the “revolution of 1800,” and over the next quarter century much of the world that he first envisioned in 1776 took shape: the United States was cast as an egalitarian democracy that effectively erased the social hierarchies of the colonies, and with federal land easier to purchase, the percentage of the labor force involved in farming increased.

Hamilton, of course, would have been dismayed by much of the change. In his final letter, he wrote that “our real Disease . . . is Democracy.” (To bolster his point, he also called it a “poison.”) But he would have rejoiced at America’s transformation into a modern capitalist society. Within 20 years of his death, cities were expanding and banks had sprung up like weeds. In countless Northeast towns, residents were more likely to work in a factory than to own a farm.

It is safe to say that aside from George Washington himself, no one had a greater impact on the founding and development of our nation than Hamilton and Jefferson. Their opposing visions wind like the twin strands of DNA through American history. Jefferson was the more revolutionary of the two, and his ringing affirmation of human rights in the Declaration of Independence has inspired much of the world for more than two centuries. But Hamilton laid the foundation for the strong, centralized modern state led by a powerful executive. The footprints of the two rivals remain visible across the globe, but today’s America more clearly bears the mark of Hamilton.

A version of this piece appears in TIME’s special edition Alexander Hamilton: A Founding Father’s Visionary Genius—and His Tragic Fate. Available at retailers and at Amazon.com. John Ferling is the author of Jefferson and Hamilton: The Rivalry That Forged a Nation, from which this piece is adapted.

Correction: The original version of this article misstated the year that Jefferson ran for president again. It was 1800. 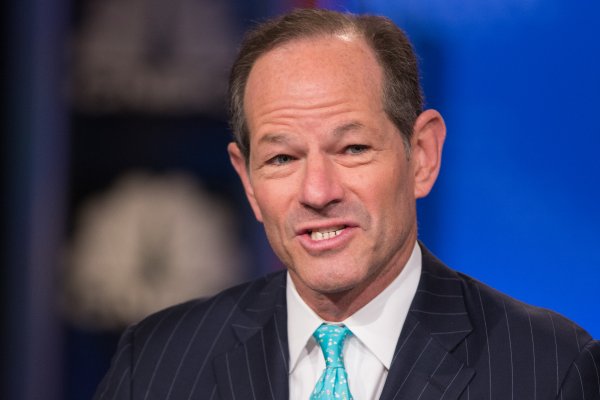