Here's the True Story Behind the Jesse Owens Biopic Race

Many men and women have taken home gold medals from the Olympic Games, but few have done so under the kind of pressure Jesse Owens faced in the summer of 1936. In Race, out Feb. 19, Stephan James plays Owens in the lead-up to that competition, as broader political forces—the rise of Hitler’s Nazi regime and the United States’ deliberations over how to respond to it—call into question whether he will be afforded a shot at all but certain victory.

In this featurette, James, director Stephen Hopkins, co-star Jeremy Irons and Owens’ real-life daughters discuss the contributions of the track star, whose significance transcends his great feats of athleticism. “Around the time where he was contemplating going to the Olympics, he had a lot of people pulling him from both sides,” explains James, referring to the NAACP’s request that Owens boycott the Games to send a message about Hitler’s policies toward Jews and people of color.

Owens’ ultimate decision is no secret to history: He set three world records and tied another in less than an hour in Berlin, taking home four gold medals. But in Race, the considerations that went into his decision to compete at all—whether to speak volumes with his absence or with total athletic domination—are what give the movie legs. 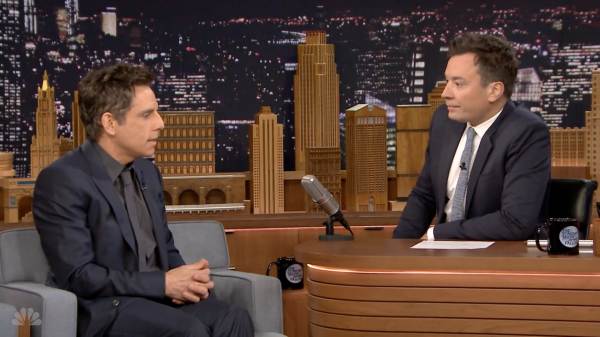 Ben Stiller Explains Why Justin Bieber Had to Die in Zoolander 2
Next Up: Editor's Pick